Review of Bauhaus: Art as Life at the Barbican Art Gallery

11/05/12
Bauhaus: Art as Life
Barbican Art Gallery
3 May – 12 August 2012
“Together let us desire, conceive, and create the new structure of the future, which will embrace architecture and sculpture and painting in one unity and which will one day rise toward heaven from the hands of a million workers like the crystal symbol of a new faith.”
These words epitomise the vision of Walter Gropius when, in 1919, following the birth of the new Weimar Republic at the end of the First World War, he set up what was to become the most influential art school of the 20th century, the Bauhaus (1919-1933). The current exhibition at the Barbican Art Gallery, “undoubtedly one of the most ambitious in the Barbican’s 30 year history” [according to Kate Bush, the head of the gallery], is the largest UK Bauhaus exhibition since that of the Royal Academy in 1967, and the first ever to collaborate with all three Bauhaus centres in Germany – Weimar, Dessau, and Berlin – which has only become possible since the reunification of 1990. 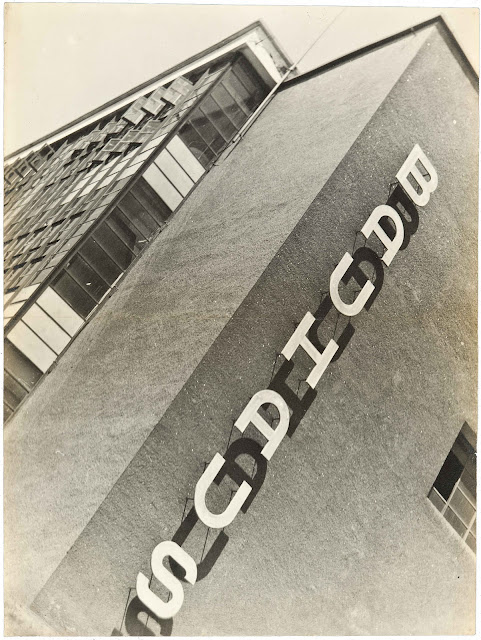 The exhibition, which includes more than 400 works – paintings, wood cuts, sculptures, ceramics, textiles, furniture, graphics, architecture, film and photography – is structured chronologically, so as to give a sense of evolution of the school, from its early Expressionist roots, through the influence of parallel movements, such as Constructivism and De Stijl, to its final few years in Berlin, under the leadership of Mies van der Rohe, when it became principally a school of architecture, for which it is, perhaps erroneously, best known to this day. Actually, the architectural and furniture aspects are but a small part of what the school had to offer, as will quickly be realised if one visits this immense and wide-ranging show.
In its early days, Bauhaus training focused on such things as visual analysis, figure drawing and the study of nature, materials, colour, rhythm and form, but even from the very beginning, teachers such as Johannes Itten sought to “free students of all conventions, and to liberate their creative potential.” To this end, he ran courses, alongside the preliminary essentials, in gymnastics and breathing exercises. He later dedicated a period to the making of toys and games – a joyful variety of which are on show here, including puppets made by Paul Klee for his son Felix, and some straw and wool dolls, and brightly coloured wooden building bricks, similar to those one can still buy in German toy shops today, by Alma Buscher. As Itten explained: “I struck a powerful blow to the old academic tradition of the nude and drawing from nature and I am leading all creative activity back to its roots, to play.” 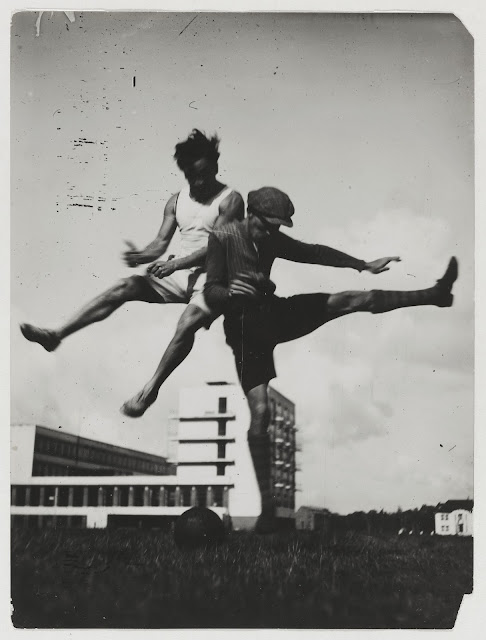 After its move to Dessau, in 1924, into a purpose-built, functionally-designed new “home”, living, socialising and working became largely inseparable. Social life was a key component of the school’s curriculum, and other artistic activities, such as theatre and dance, came to the fore. Several rooms of the exhibition are turned over to intimate, family album style photographs from these years, showing the relationships between students and teachers, and their playful approaches towards each other and their experimental work. Alongside individual, hand-designed diplomas, one of the most touching exhibits in the show is a collective birthday card with collaged lip prints from masters and students to demonstrate their high regard for Gropius on his 44th birthday (Herbert Bayer Prospectus: the mouth. 44 caresses in DIN, 18 May 1927).
But it was not all fun and games, and following funding cuts, the need for the Bauhaus school to produce and market products increased. Seemingly lighting fixtures and wallpapers were the most successful, and many examples of such items are also on display, alongside fabrics for curtains and carpets, and, of course, the recognisable Bauhaus styles of chairs and tables. 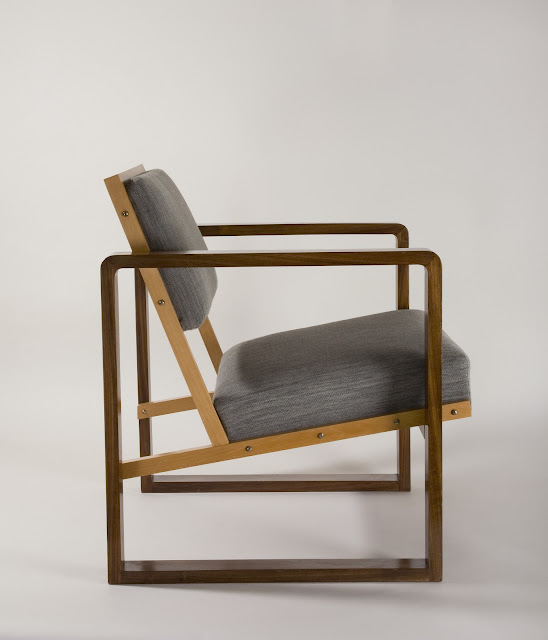 Lessons also continued in colour and form, and another interesting item to be seen is a response to a questionnaire sent out by Wassily Kandinsky, who, with a personal interest in sensory perception of and relationship between the two, asked his students to match each of the basic geometric forms with a primary colour, and, where possible, to provide an explanation. The results affirmed his own correlation between yellow and the triangle, red and the square, and blue and the circle, but, sadly, none of the students’ rationales are provided here (unless you can make out the faded and scribbled pencil markings on the sample on show!). 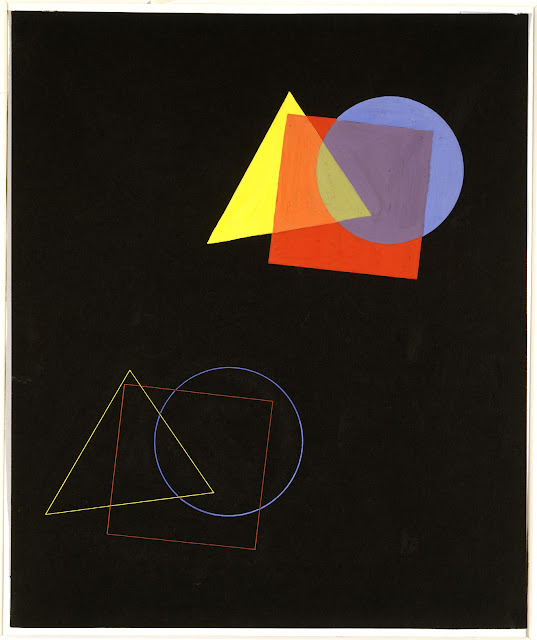 As well as the final rooms of experimental series of photographs and photograms (a camera-less process for making photographs), there are many “action” photographs of the various workshops over the years – pottery, weaving, printing, metalwork, stained-glass, stone-carving and wood sculpture, to name but a few – focusing, again, not so much on the materials and art works, but on the students and tutors themselves. As Kate Bush concludes, the term Bauhaus means a lot of things to a lot of people, but, primarily, it was “a community of exceptionally creative people […] who lived and worked and played together.” With a goal to market and sell real products to real people, its values still have resonance today, and, as a celebration of a truly international community, both in terms of teachers and of students, it seems particularly apt to host this exhibition now, in London, on the eve of the arrival of visitors from across the globe for the 2012 Olympics.
Images:
Iwao Yamawaki
Bauhaus building
1930-32
Vintage print
Galerie Berinson, Berlin
© Makoto Yamawaki
T. Lux Feininger
Sport at the Bauhaus / Jump over the Bauhaus
ca. 1927
Gelatin silver print
Bauhaus-Archiv Berlin
© Estate T. Lux Feininger
Josef Albers
Club Chair from Oeser's home
1928
Mahogany veneer, beech wood, maple, with flat cushions
Bauhaus-Archiv, Berlin
Photograph: Fotostudio Barsch
Eugen Batz
The spatial effect of colours and forms from Wassily Kandinsky's colour theory course
1929
Tempera over pencil on paper
Bauhaus-Archiv, Berlin
Also published at: http://www.rovesandroams.com/2012/05/bauhaus-art-is-life-at-the-barbican/
Posted by Anna McNay at 12:29