Review of Art Erotica at the Gallery, Cork Street

29/01/12
Art Erotica
The Gallery in Cork Street
19 – 27 January 2012
This past week saw the launch of a new annual event in the London art calendar, both showcasing the talent of emerging and established artists, whilst also raising funds for a small but worthy charity. Opened by the internationally renowned art critic and historian, Edward Lucie-Smith, whose own books (which number nearly 200 in total), include titles such as Sexuality in Western Art; Erotica – The Fine Art of Sex; and Ars Erotica – An Arousing History of Erotic Art, Art Erotica, held in The Gallery on Cork Street, was the brainchild of Kathryn Roberts, who is also the founder and director of the Cork Street Open Exhibition, which has now been running for four summers. 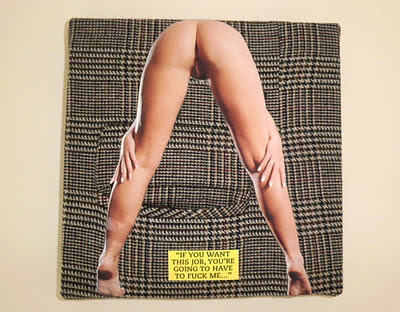 To read the rest of this review, please go to: http://blog.darlingcollective.com/?p=330
Posted by Anna McNay at 13:55