Sarah Pucill (born 1961) has been making films for nearly 25 years. Amongst other things, her works explore the presence of and our relationship with the female body – our own and other, narcissism, queer sexuality, identity and sense of self. Certain motifs recur throughout, especially the mirror, which plays a key role in her latest work, Magic Mirror (2013), her first feature-length film, based on the writings and photographs of French Surrealist Claude Cahun (1894-1954).

Pucill’s visual language emerged in the 1990s in the context of experimental film, and her works have been screened at major international film festivals in London, Europe, Canada and the USA. Each new film she makes is a progression from the previous one, and many are born out of photographs or still images. 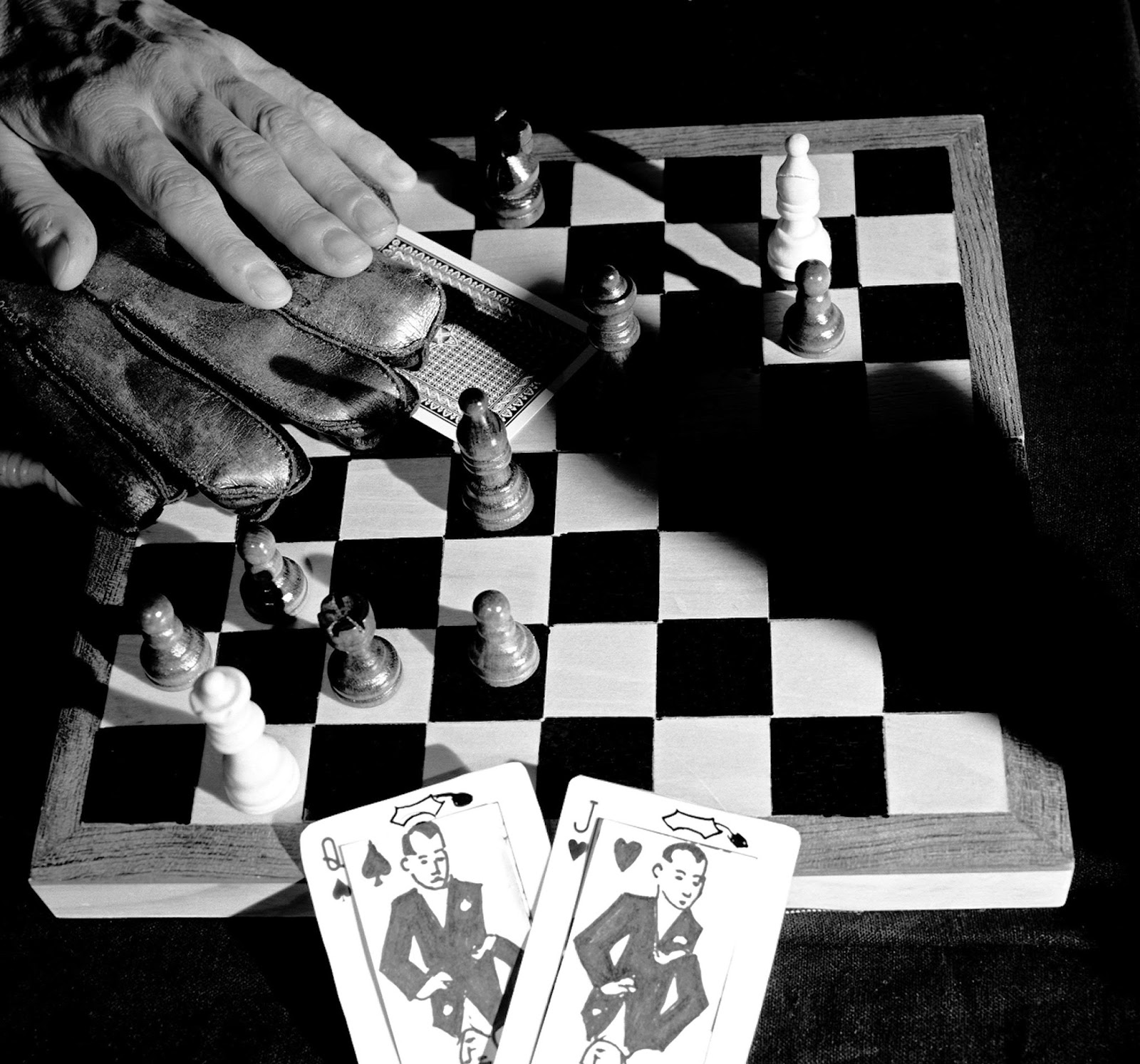 To read this interview, please go to: http://www.photomonitor.co.uk/2014/05/magic-mirror/

It was a discussion about her future that made her choose photography. Fernanda Liberti, then aged 14, remembers her mother telling her to figure out whatever made her happiest in life, something that would "make her wake up every day and be happy that she was going to work."

Currently undertaking a Foundation course at the London College of Communication, Liberti will start her BA in Photography in September, having arrived from her native Rio de Janeiro just last year, aged 19.
It was at her international school in Rio that she believes she broadened her perception, citing the multi-cultural environment, which she says has inspired a lot of her art. 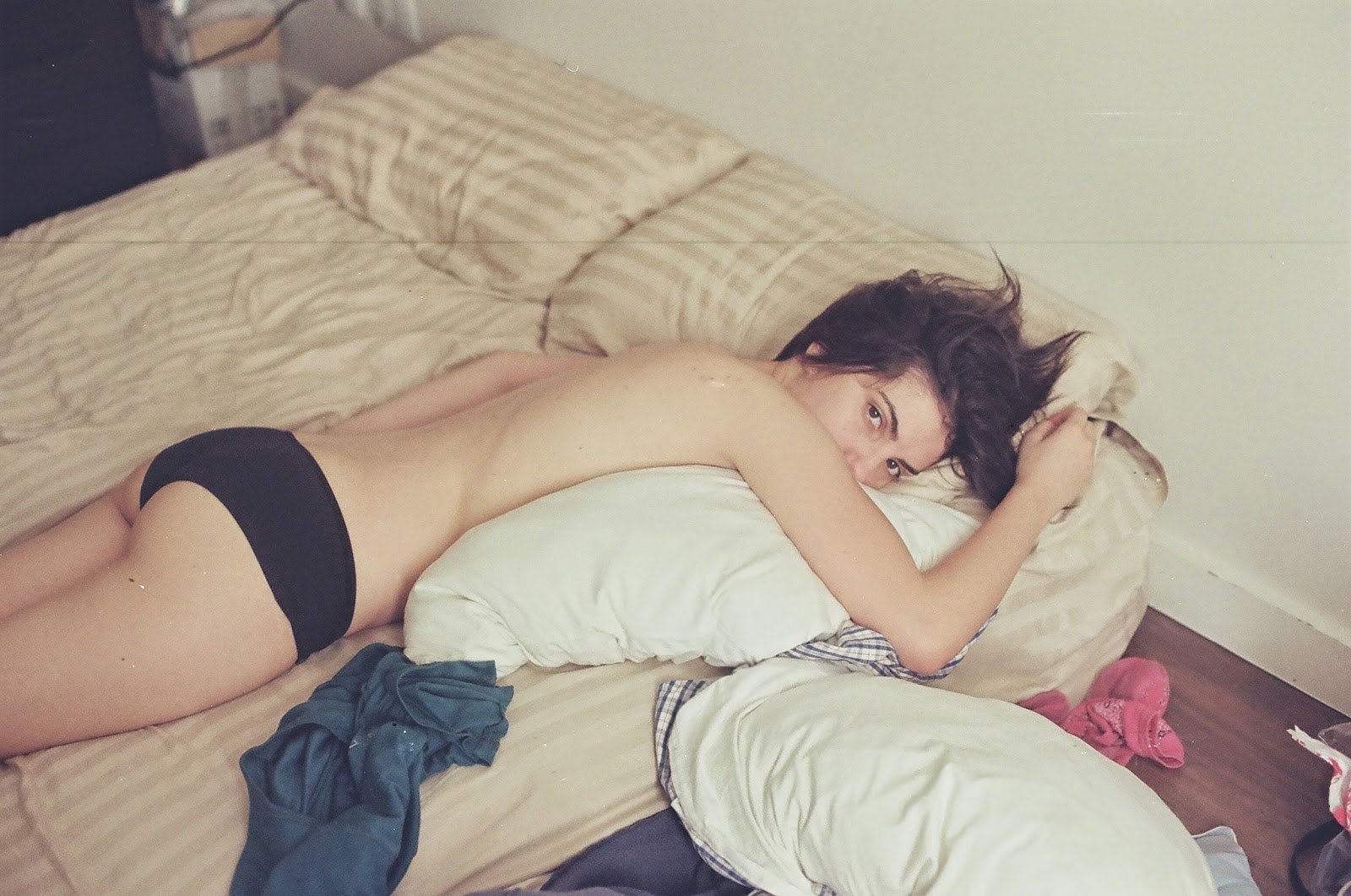 Working mostly with analogue – 35mm and polaroid – Liberti says she loves the anticipation, the uncertainty and the ‘magic’ of using film. Her favourite subject to photograph is her friends, capturing spontaneity and real moments and feelings. The two photographs, Wonderful World (2014), for example, arose from a day spent in Richmond Park with a close friend from Brazil, walking, talking, drinking wine and singing the Louis Armstrong song. Liberti describes it as ‘one the best days of the year so far’. Similarly, the girl in 505 (2012) is Liberti’s ex-girlfriend. She has dozens of rolls of film taken over the course of their relationship. ‘It was a way to capture our time together, our experiences,’ she explains.

To see this full portfolio, please buy the June 2014 issue of DIVA magazine

Opening to coincide with the first Russian Art Week during the UK-Russia Year of Culture, Russian Cosmism, presented by Moscow-based curator and gallery owner Maxim Boxer, is an exhibition and auction in one, bringing together 50 works – all for sale – by modern and contemporary Russian artists, exploring the philosophical and aesthetic movement that was born in Russia in the early-20th century. The first in a projected series of exhibitions and auctions, the aim is to attract European and Russian collectors and galleries. With lots priced between £500- £10,000, affordability is key to the concept. 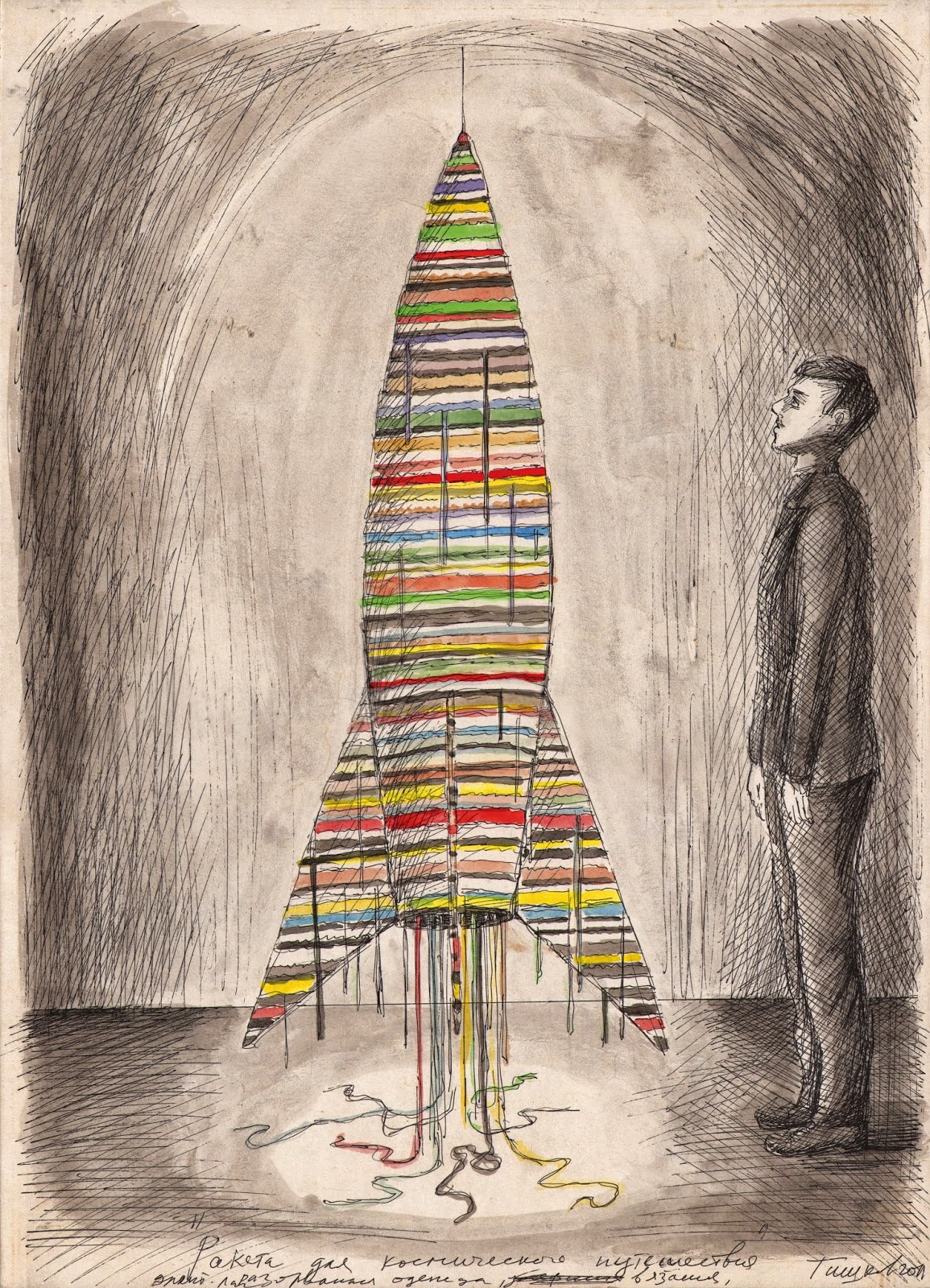 Studio International spoke to Maxim Boxer in the run up to the event.

To read this interview, please go to: http://www.studiointernational.com/index.php/maxim-boxer-interview

United Visual Artists (UVA) was formed in 2003 by Matthew Clark, Chris Bird and Ash Nehru. Since then, the practice has expanded and currently numbers 12. With team members coming from various disciplines, including visual arts, architecture, engineering, production and software programming, this is a collaboration that pushes the boundaries of contemporary art, producing works that incorporate sculpture, installation, live performance, digital art and architecture. 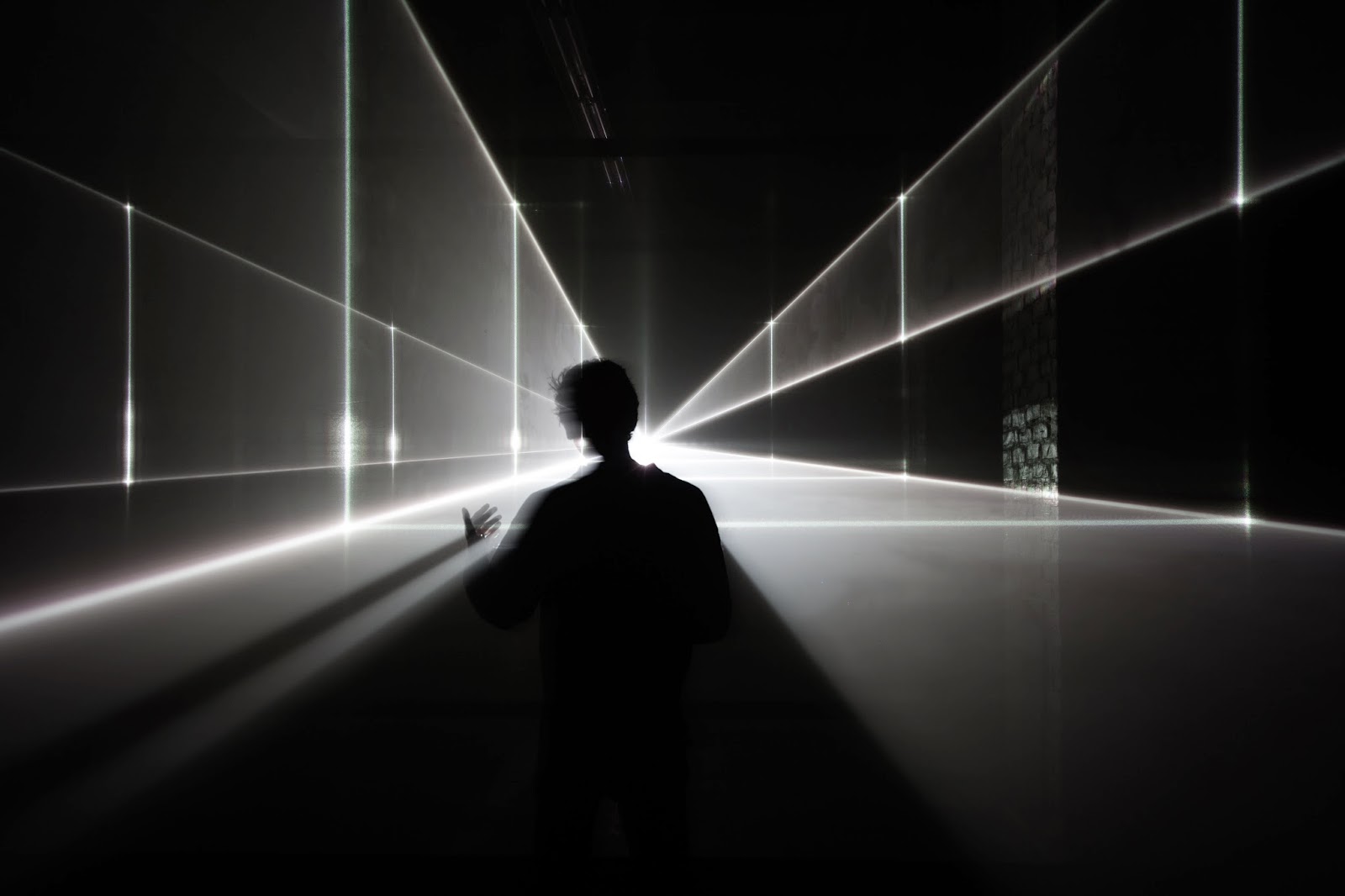 Working as a collective allows ideas to be challenged and developed throughout their creation. What all members share is a fascination with the physical presence of light and a desire to capture this ephemeral presence to create transient structures. “It’s the flexibility that light offers, especially in the context of digital control, that makes it so attractive. No other material is so easily and utterly controllable, while having such an enormous impact on a space, or surface.”

To read the rest of this review, please go to: http://www.studiointernational.com/index.php/united-visual-artists-vanishing-point 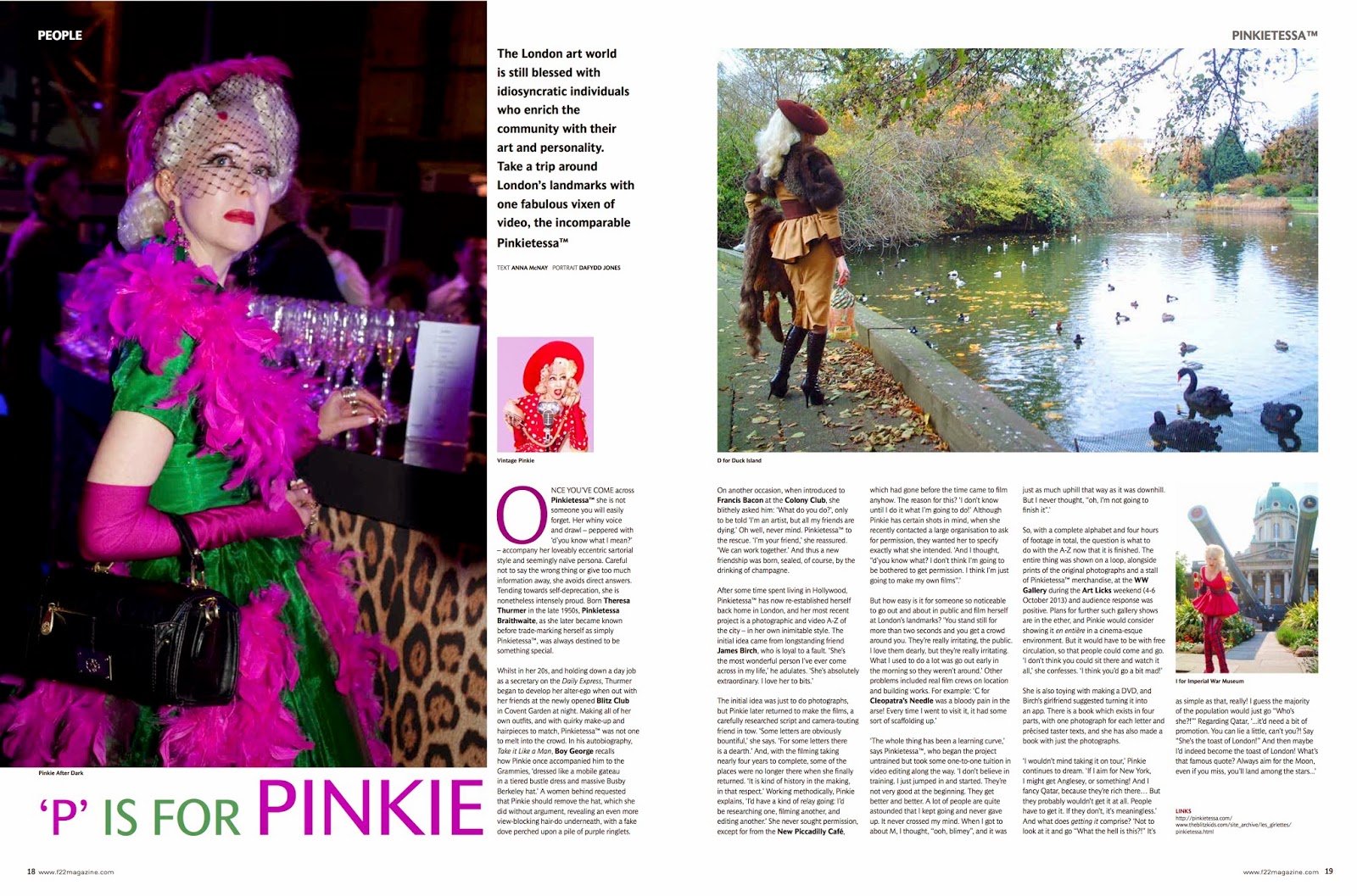 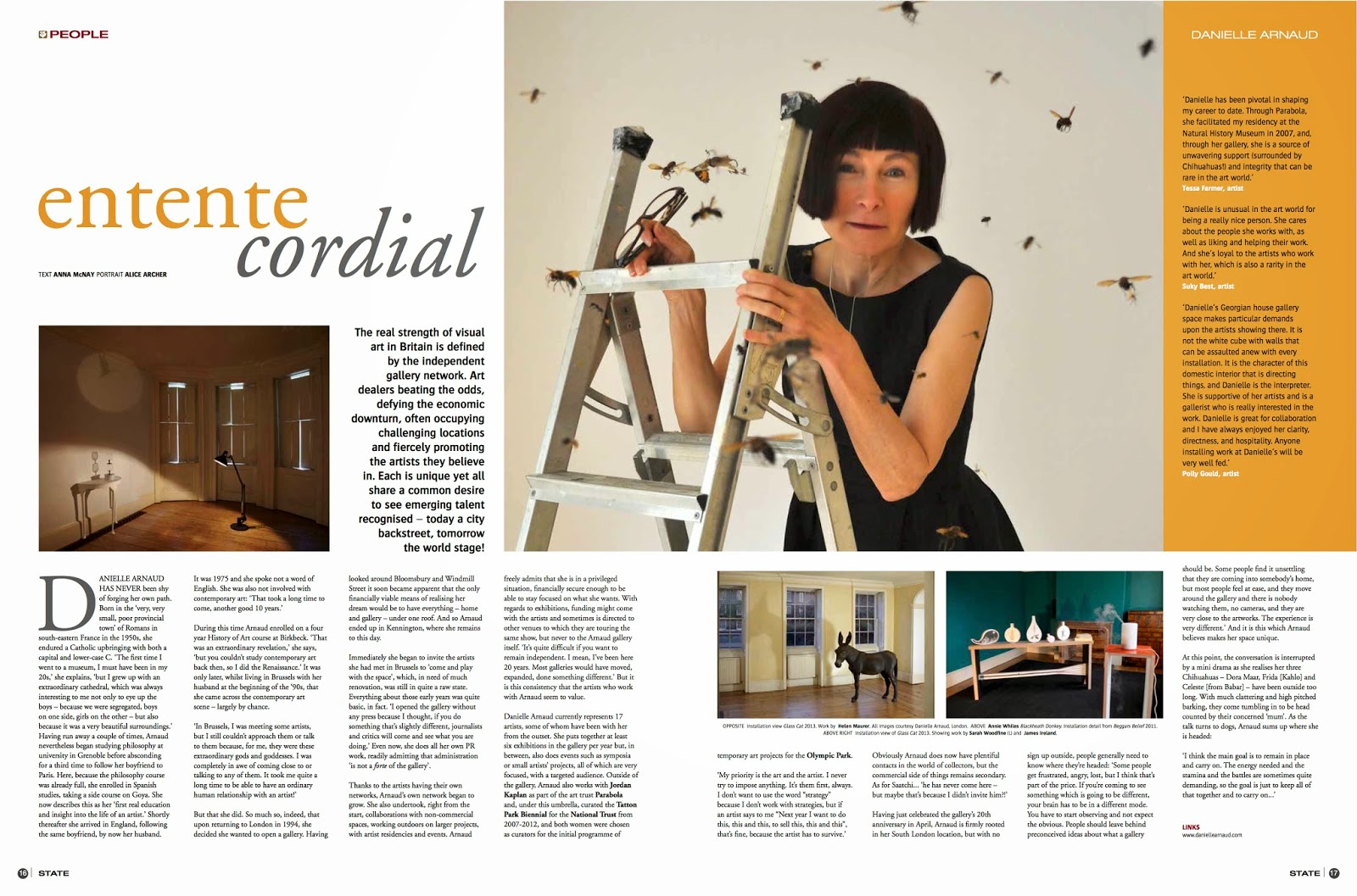 14/05/14
Helen Benigson: Late Night Supermarket Shopping Live
Tenderpixel, 10 Cecil Court, London WC2N 4HE
9 May – 7 June 2014
Lured in by a female weightlifter performing in the window, once inside Helen Benigson’s Late Night Supermarket Shopping Live, it is like being in a parallel universe. Psychedelic pinks and fluorescent yellows spin from the kaleidoscopic film projections, depicting bikini clad women dancing, nipples with displaced mouths moving over them, bare midriffs and beach scenes. Sanitary protection, treadmills, group therapy sessions. All things which might play a role in the modern woman’s life. A voiceover declares repeatedly: “That’s so awkward!” and “That’s really intimate!” The figures are in an in-between state: part real, part computer generated. And the action spills over from the screen into the gallery space itself, where a pink yoga mat lays ready for use, and two small screens, with invitingly tropical beach resort imagery, are bedecked with sushi. 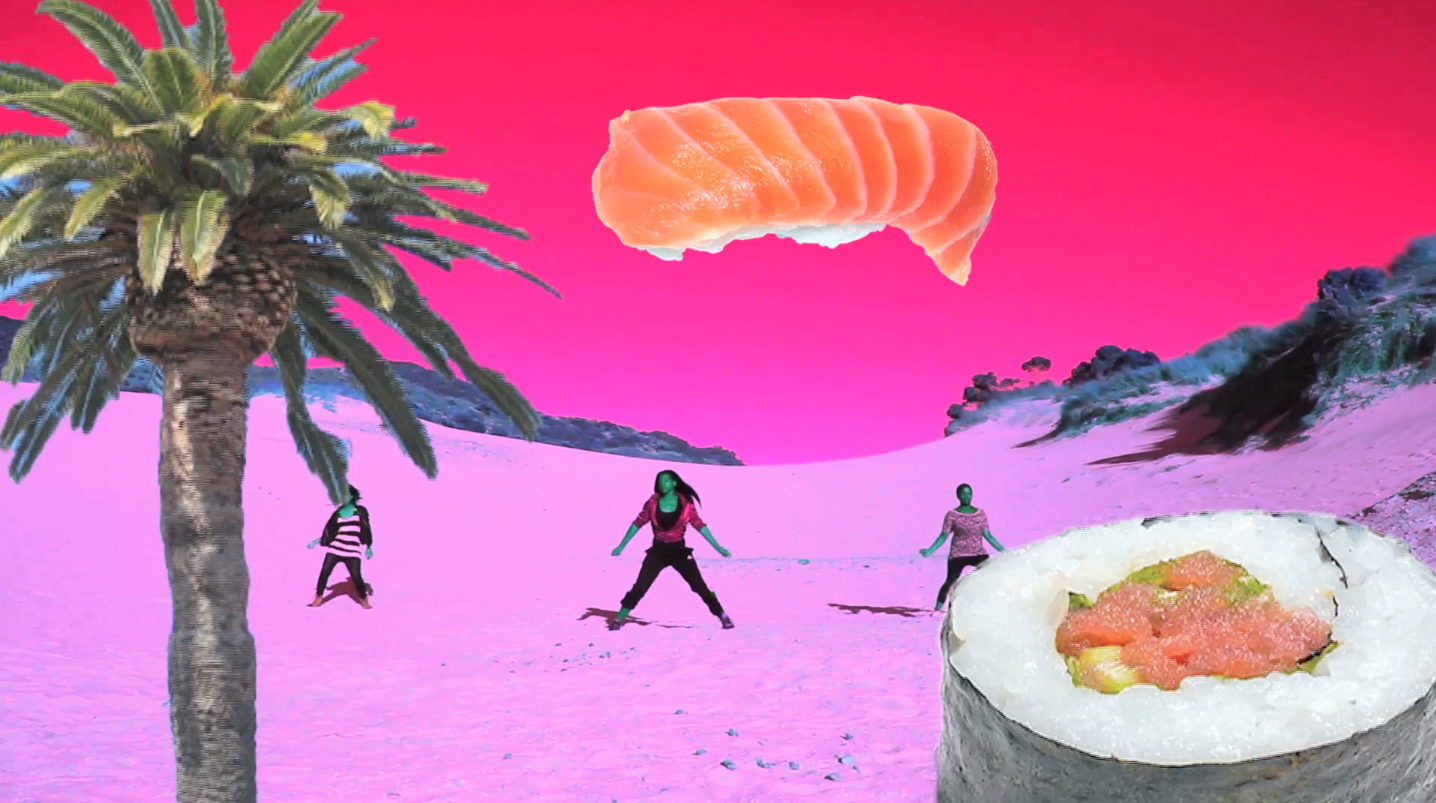 To read the rest of this review, please go to: http://www.divamag.co.uk/category/arts-entertainment/review-helen-benigson-late-night-supermarket-shopping-live.aspx

Alexander James (b1967) is a photographer with a difference. Rather than capturing the moment spontaneously, James creates intricate sculptural compositions submerged in huge tanks of purified water as the object for his camera. The effect of light passing through, heightened against a darkened background, gives the resulting images a painterly appearance, recalling Dutch vanitas still lifes. This blurring of boundaries between photography, painting and sculpture renders James’s works uncategorisable as well as eerily beautiful. 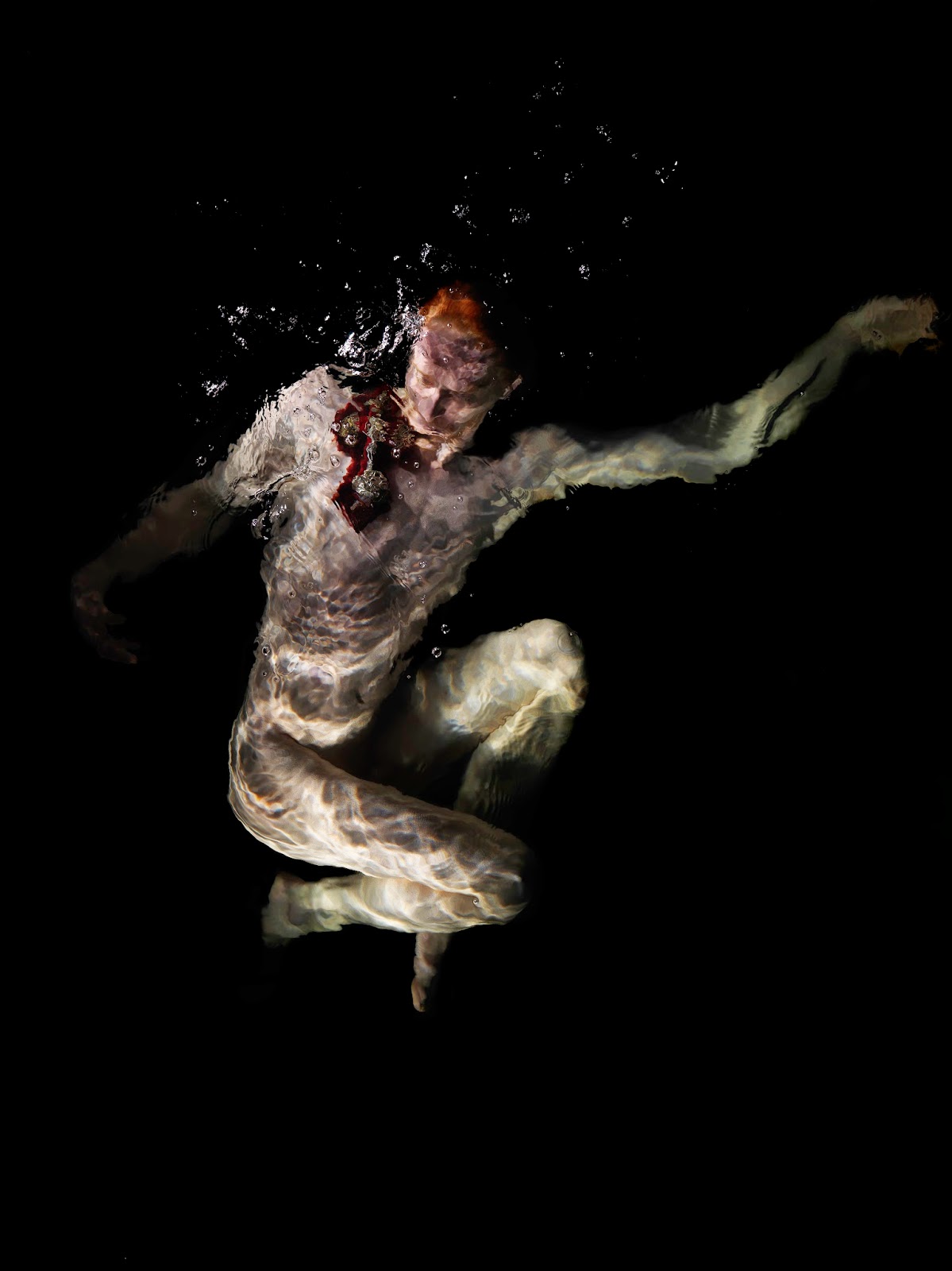 Six months ago, James, who is usually based in London, moved his entire studio to Moscow to prepare for his current exhibition at the Triumph Gallery. Arriving not speaking a word of the language, he made his home and studio in a 250 sq metre space in the Red October, an island in the centre of the city that, under tsars and later Soviet authorities, housed a chocolate factory, but is now a hub for contemporary art. Working with live models suspended in water, the new works he created in situ develop many of his earlier themes, which were greatly inspired by John Millais’ Pre-Raphaelite masterpiece Ophelia (1851) and Paul Delaroche’s La Jeune Martyre (1855).

James found time to speak to Studio International about the process of relocation and creation, just after the opening of his exhibition, Rastvorennaya Pechal (Dissolved Ennui).

To read this interview, please go to: http://www.studiointernational.com/index.php/alexander-james-interview

Creativity spans a broad spectrum of means and forms, or, as Cat Garcia notes, in the foreword to her new, self-published photographic collection, Our Time: ‘Creativity will not be pinned down.’ Accordingly, the book, which presents photographs of creatives, each of whom Garcia and her camera spent a day with, includes a range of 60 well-known (and some less well-known) artists, designers, illustrators, editors, performers, photographers, writers, musicians, florists and, well, anyone for whom ideas serve as currency. The photographs are at once private and public. They do not pander to celebrity magazine format, with close up airbrushed photo shoot portraits, posed, refined and painstakingly selected; nor are they paparazzi snapshots, happenstance, hasty and intrusive. They capture their subjects at work, on their way to work, on their coffee breaks. They capture the people and places and objects which inspire their all important ideas.


They capture moments of inspiration and contemplation; aspects of character, every bit as much a signature of the artist as a sweep of the pen (or brush). 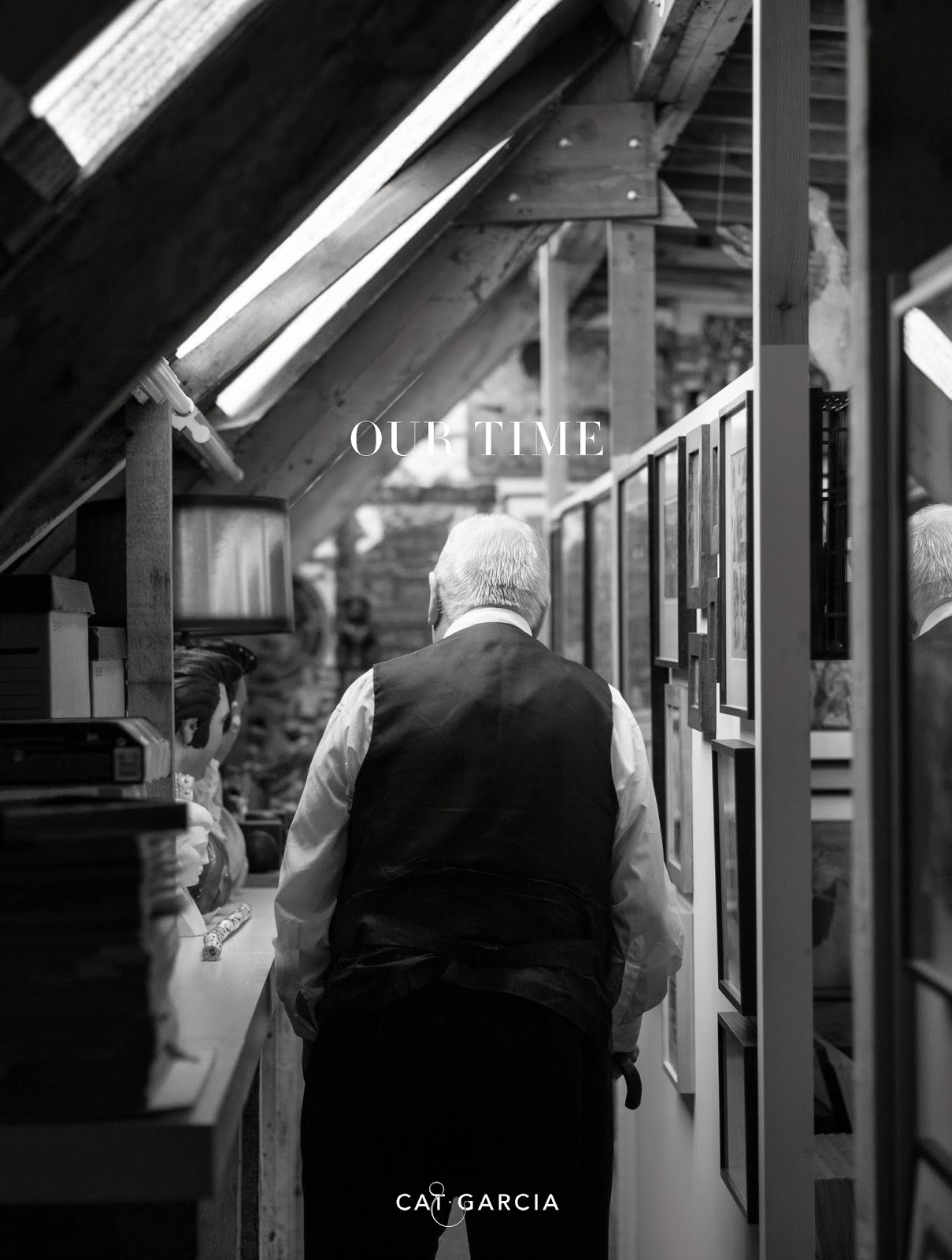