Review of Erica Scourti: So Like You at the University of Brighton Gallery

With the explosion of smartphones and apps and websites such as Instagram, tumblr and flickr, suddenly everybody is a photographer. Not only that, but our once private snapshots of friends and family, children growing up, weddings, christenings and other special – and even mundane – occasions, are now, unless you are clever enough to fully comprehend privacy settings, fair game for anyone searching the internet. Athens-born, London-based artist Erica Scourti, who works with the mediation of personal experience through networked space, using video, writing and performance, has begun to ask some pertinent questions: How can a creative individual be recognised as unique, when Instagram has made everyone’s photographs look the same? What value has a snapshot once it’s uploaded and absorbed into a larger ‘cloud’ of image data? 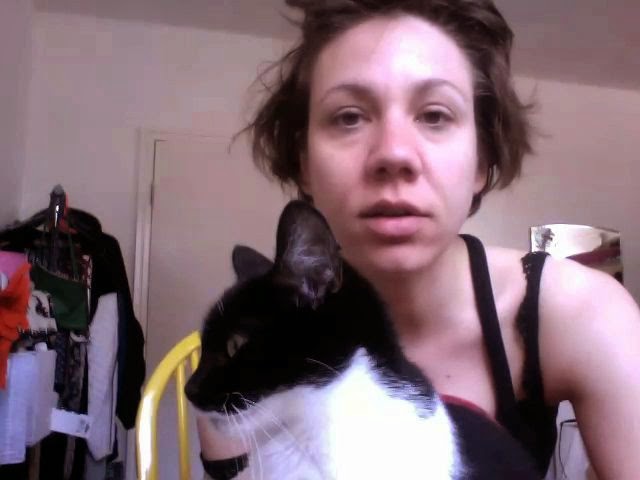 To read the rest of this review, please go to: http://www.photomonitor.co.uk/2014/10/erica-scourti-so-like-you/

20/10/14
Jonas Burgert: Stück, Hirn, Blind
Blain | Southern, London Hanover Square
14 October - 22 November 2014
Down the road from London’s Royal Academy, where the German painter Anselm Kiefer is currently wow-ing the public with his epic paintings on a very grand scale, another, younger, German painter is on show.
Blain | Southern gallery shows Jonas Burgert. Born in Berlin in 1969, he also works on a scale that shocks and surprises.
But are works on this scale purely the province of museums and the private collectors with foundations of their own? Just who could house a painting like these with their overwhelming power and dominating presence… 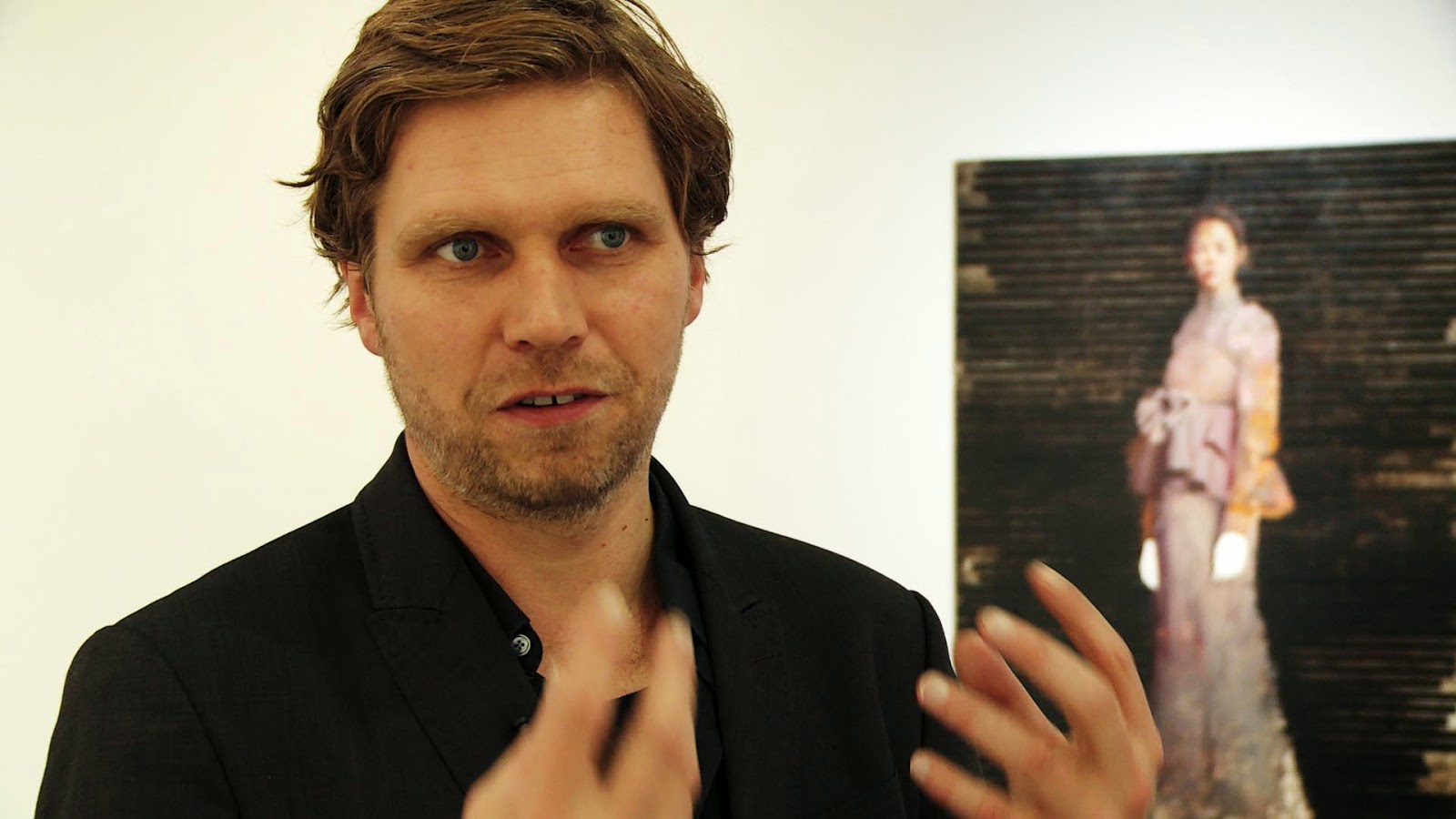 To watch this interview, please go to: http://www.state-media.com/state/index.php?q=videos/jonas%20burgert

The interest in ethnic art has never gone away, but it is usually the antique and the traditional work that attracts attention.

1:54 is a platform for galleries, artists and curators involved in contemporary African creativity. And it is enticing a growing and appreciative western audience.

And the 27 galleries showing here in the heart of historic London certainly know how to put on a show. 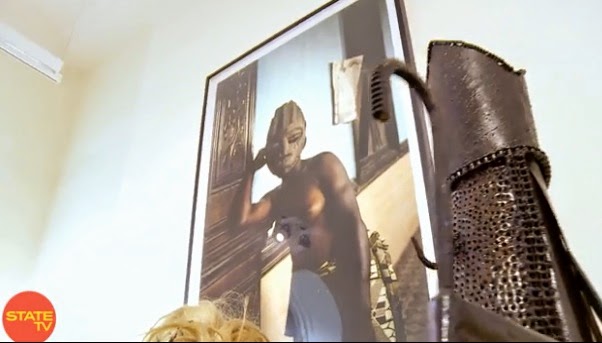 To watch this video, please go to: http://www.state-media.com/state/index.php?q=videos/1:54

30-year-old artist, Keita Miyazaki, was born in Tokyo and, after studying at the University of the Arts, came to London in 2011 for a three year course at the Royal College.

That same year, Japan was hit by a major tsunami causing widespread mayhem and destruction – and 18,000 fatalities.


In his recent work –  on show here at the rosenfeld porcini gallery in London – Miyazaki responds directly to this national tragedy, seeking to create art out of waste and rubble as monuments to the lost – and to suggest an optimism for the future. 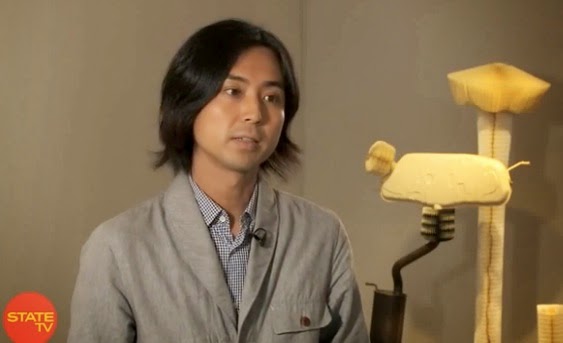 To watch this interview, please go to: http://www.state-media.com/state/index.php?q=videos/miyazaki

Glenn Ligon (b1960) is famed for his thought-provoking works which combine text, silkscreen painting, neon and video and explore themes of identity, racism, sexuality and civil rights.

His first solo exhibition in the UK, now on show at the Camden Arts Centre, presents new works based on the plight of the Harlem Six and using footage of the comedian Richard Pryor.

A new series of enormous black and white silkscreen paintings are based on composer Steve Reich’s taped-speech work, using the recorded voice of Daniel Hamm, one of the Harlem Six, describing how he had to puncture one of his bruises to prove to the police he had been beaten. Layered up so as to obscure the text, creating a rhythm that recalls Reich’s musical piece, the works dominate the large gallery at the Camden Arts Centre.
A new neon piece takes from the same source material and demonstrates Ligon’s technique of creating ‘black’ neon.

Finally, a seven-screen video installation uses footage from the comedian Richard Pryor’s stand up show, Live on the Sunset Strip, from 1982. Removing the sound, Ligon forces viewers to observe Pryor’s lively and exaggerated body language, exploring an alternative means of communication and self-expression.

Ligon spoke to Studio International before the opening of his exhibition. 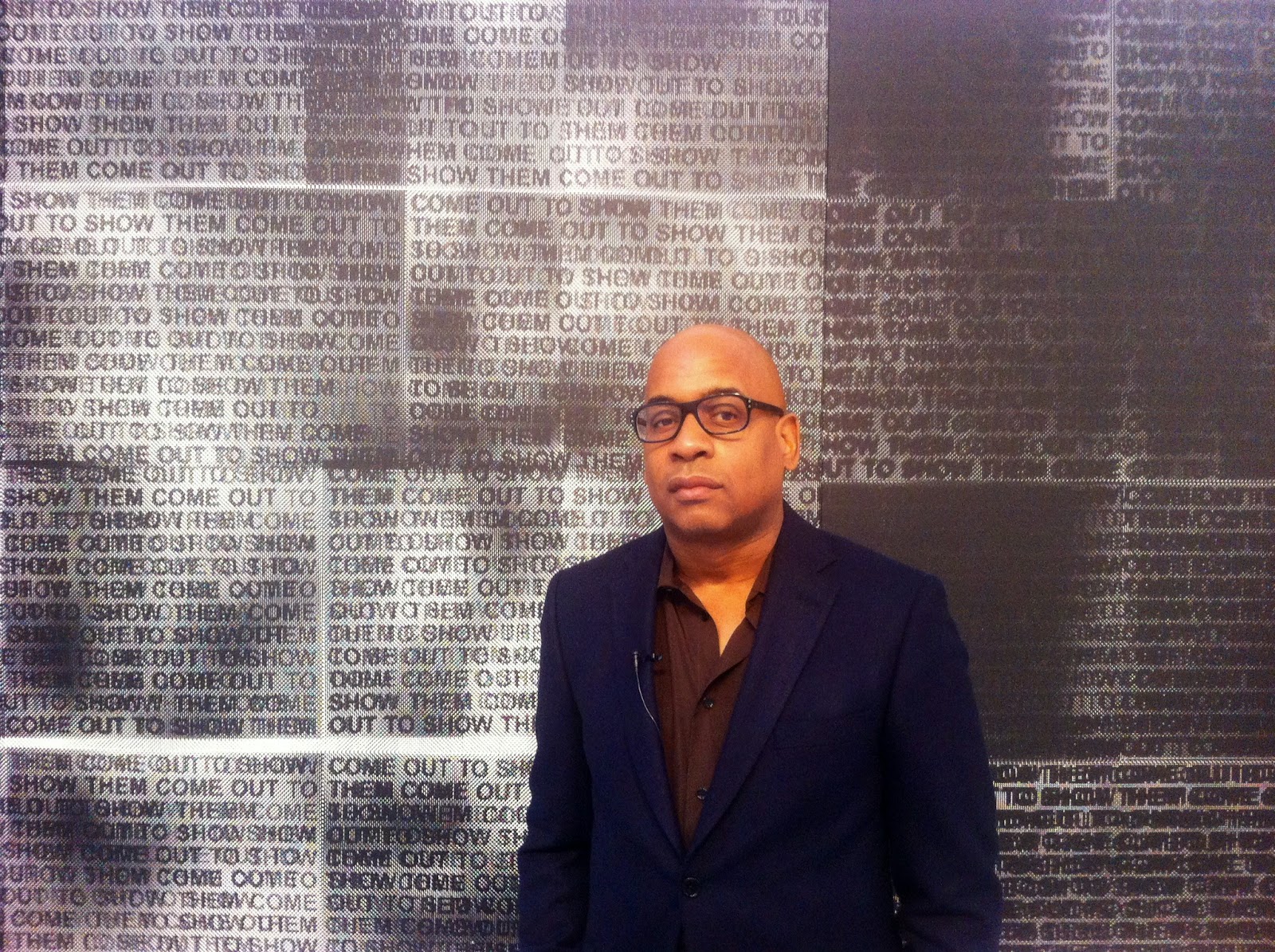 To watch the interview, please go to: http://www.studiointernational.com/index.php/glenn-ligon-interview-call-and-response-camden