Admittedly, I don’t know what the exterior of the Musée d’Art Moderne et Contemporain (MAMCS) looked like before Daniel Buren (b1938) coloured its glass walls and 25-metre-high canopy with his tinted films, but it is hard to imagine it now without this stained-glass effect, sitting as well as it does on the Adrien Fainsilber building to the edge of the picturesque Petite France quarter of Strasbourg, seat of the European parliament. Reflecting the colours of the late summer flowers that spill from the window boxes and over the edges of the nearby ponts couverts, they alter the interior of the museum as much as they do its external appearance. Whichever gallery you enter, both in the modern and contemporary permanent collections, there are few corners in which you can stand where the dappling effect of pinks, blues and yellows doesn’t fall across your feet, reminding you that the touchstone of all art – of all visual perception – is colour.

“For me, colour is pure thought, and therefore completely inexpressible, every bit as abstract as a mathematical formula or a philosophical concept,” Buren once explained in an interview. “Colour is a huge problem. It seems to me difficult to apply rules to it. Are there any? At every moment, colour has to be invented. There are no safeguards.” 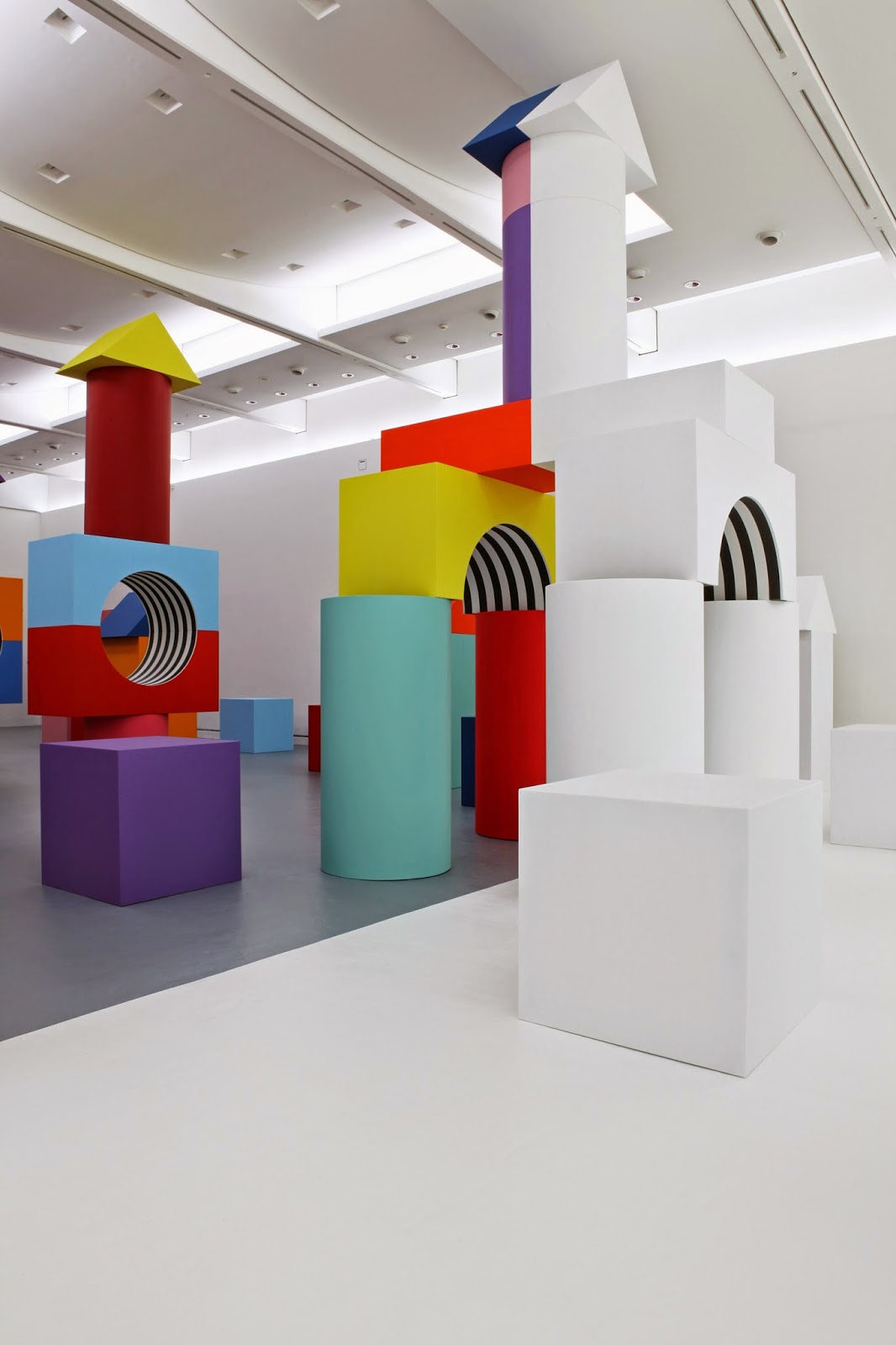 To read the rest of this review, please go to: http://www.studiointernational.com/index.php/daniel-buren-like-childs-play-work-in-situ-review-musee-d-art-moderne-strasbourg

Despite being hailed as one of the world’s leading Latin American contemporary sculptors, Xavier Mascaró is currently enjoying his debut solo exhibition in the UK at the Saatchi Gallery in London. His work, made from rusted iron and oxidised bronze, fragile aluminium and cracked ceramic, fills two of the top-floor galleries and spills out of the front entrance, where his enormous crouching Guardians (2010) greet visitors like the terracotta army.

Fascinated by the iconography of ancient cultures, Mascaró travels a lot, and this feeds into his work in many ways. His own story is one of a path less travelled (in his family, at least) and, crediting art with saving his life as a young teenager, he is taking part in a contemporary art auction, Be Inspired, in aid of the Prince’s Foundation for Children and the Arts. 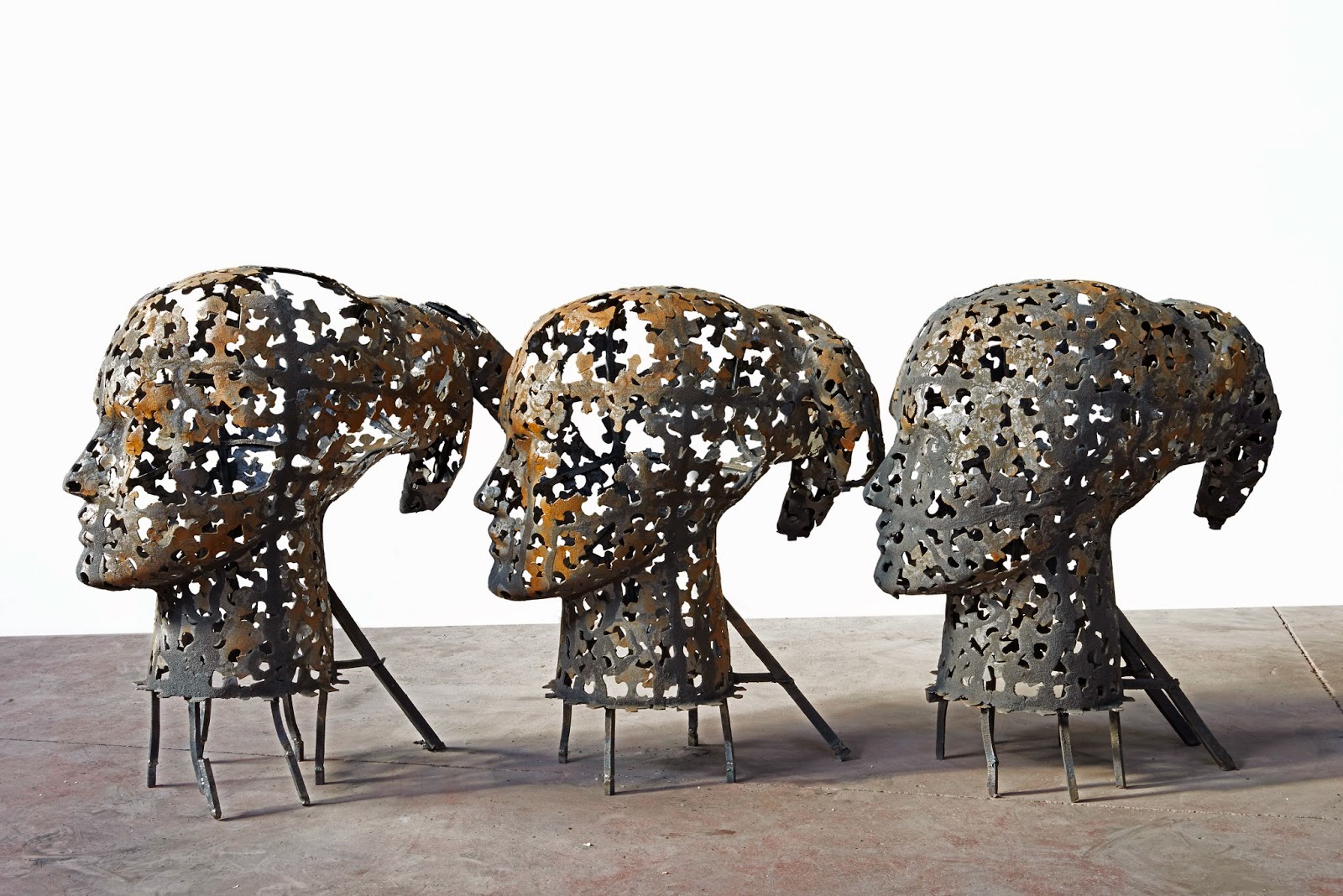 To read the interview, please go to: http://www.studiointernational.com/index.php/xavier-mascaro-departure-saatchi-gallery-iron-sculpture-be-inspired-auction

Agathe Sorel was born in 1935 in Budapest in pre-revolution Hungary. Moving to Paris, via London, to study under Stanley William [Bill] Hayter, she encountered contemporary art and abstraction for the first time. Her work has been principally interested in the line, and its 3D – or even 4D – properties, which she has explored in print works and sculpture. She now has work represented in 43 major museums worldwide. In advance of an open studio and retrospective exhibition, organised to coincide with the putting together of a catalogue raisonné of her work, Studio International spoke to Sorel about her career. 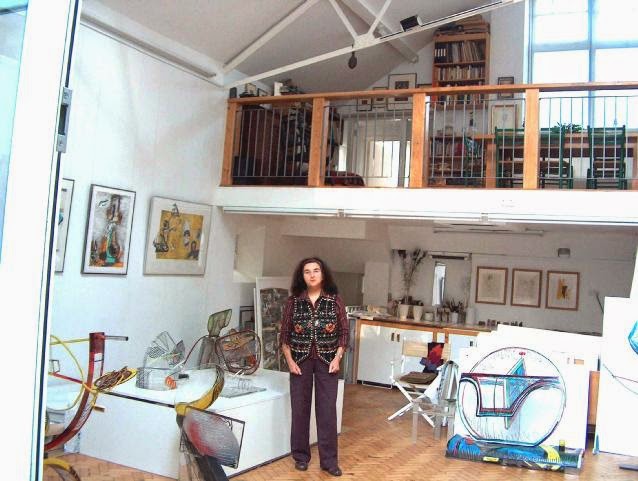 To read this interview, please go to: http://www.studiointernational.com/index.php/agathe-sorel-retrospective-london-print-works-sculpture

Maryam Najd was born in Iran in 1965 and grew up there. She studied art at the University of Tehran but, after the revolution in 1979, life on many levels had become restricted. It was no longer permitted to see naked bodies and so life drawing was never part of her syllabus – at least, the models were always fully clothed. In 1992, she moved to Antwerp having been accepted to study at the Royal Academy of Fine Arts. Apart from a few years spent in Berlin and New York, she has been there ever since. 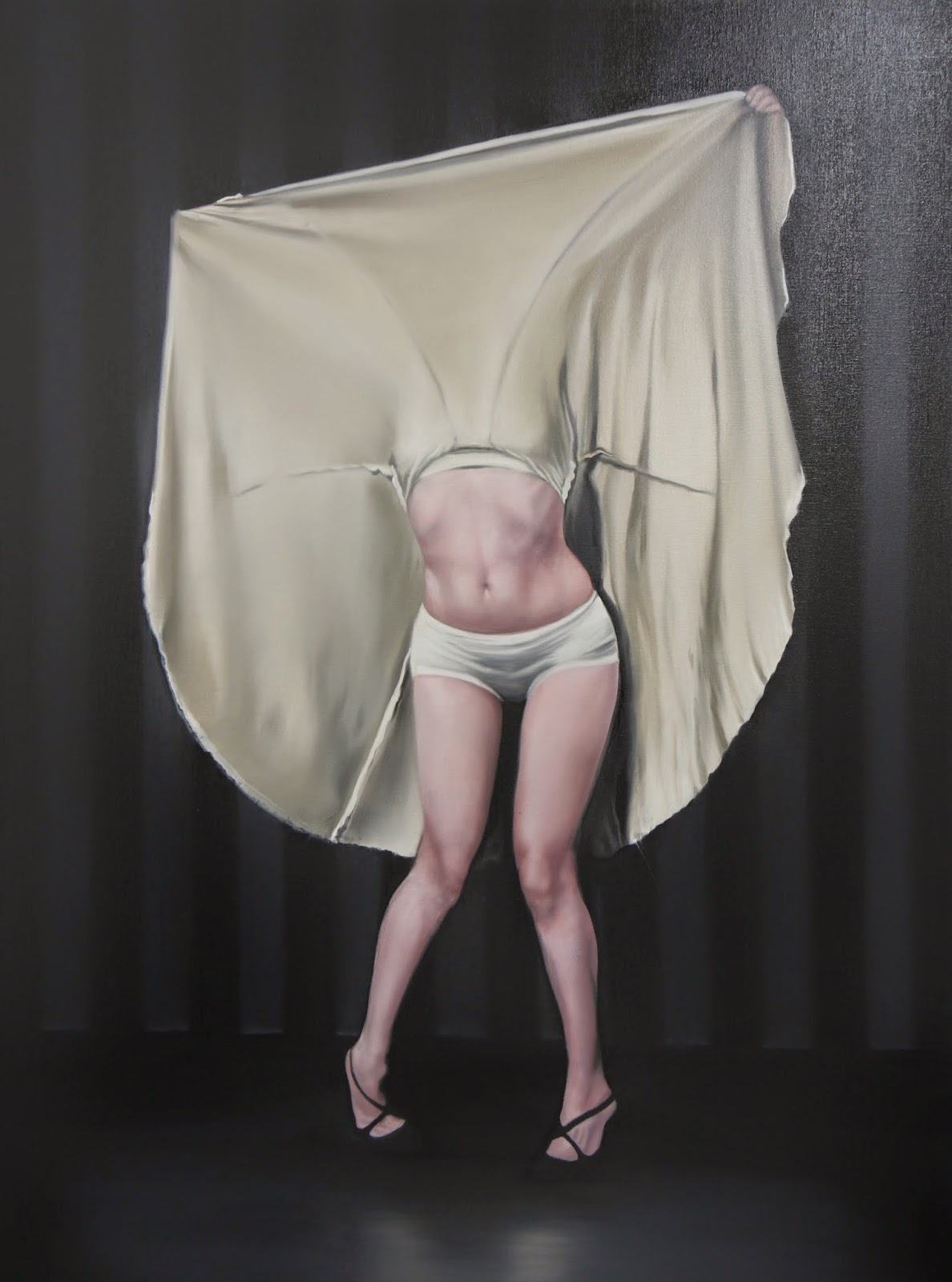 “For me, nudity was something that I had never seen before in Iran. I was touched by it from my very first day in Belgium. It has had an impact on me. The first month at the academy, we had to draw and paint all these models and I was shy even to look at them. I was shocked to see how the nude was represented in society.”

Since then, Najd has found herself repeatedly wondering, in this culture where nudity and naked bodies are so prevalent and where the female form is plastered all over magazines, billboards and television, whether this is part of women’s emancipation, or whether it is, on the contrary, a new form of suppression and shackles – a pressure to look and present oneself in a certain way; a pressure to perform myriad roles, as wife, mother, businesswoman, gym bunny, sex bomb; a pressure to both conform to and stand up against being the object of male desire. Maybe freedom is something beyond all of this. Moreover, Najd wonders where the line is drawn between pop stars, models and performers, who wear tight bodices or scanty outfits and flaunt their bodies provocatively (think Madonna, Rihanna and Beyoncé, to name but a few), and porn stars, strip-club workers, or prostitutes. “Someone like Rihanna, she goes almost naked on to the stage, and we call them ‘artists’, not ‘prostitutes’,” Najd says incredulously. “Do you really need to go that far?” Following this line of curious intrigue, she has been working on a series, or project, the first part of which is currently on show at Galerie van de Weghe, called Accuracy & Balance – with this first instalment carrying the subtitle “West”.

To read the rest of this review, please go to: http://www.studiointernational.com/index.php/maryam-najd-accuracy-balance-west-iran-women-nude-pornography

Feisty, flame-haired Australian Jules Wright came to the UK as a Commonwealth Scholar in 1975. She studied for a PhD in Psychology, simultaneously began directing at the Theatre Royal in Stratford East, and also became the first female director of the Royal Court Theatre. In 1993, she acquired a derelict power station building in Wapping and launched The Wapping Project, turning the site into a restaurant and arts venue, hosting large-scale exhibitions and celebrity-filled opening night parties. In 2009, she additionally launched The Wapping Project Bankside, next to Tate Modern, a commercial gallery, focused on lens-based media. Earlier this year she ended her lease on both and September sees the launch of her new venue, The Wapping Project Bankside-Mayfair, in Ely House, home to Mallett, on Dover Street.

Anna McNay met with Wright to discuss this venture, her work as a whole, and her views on the photographic medium. 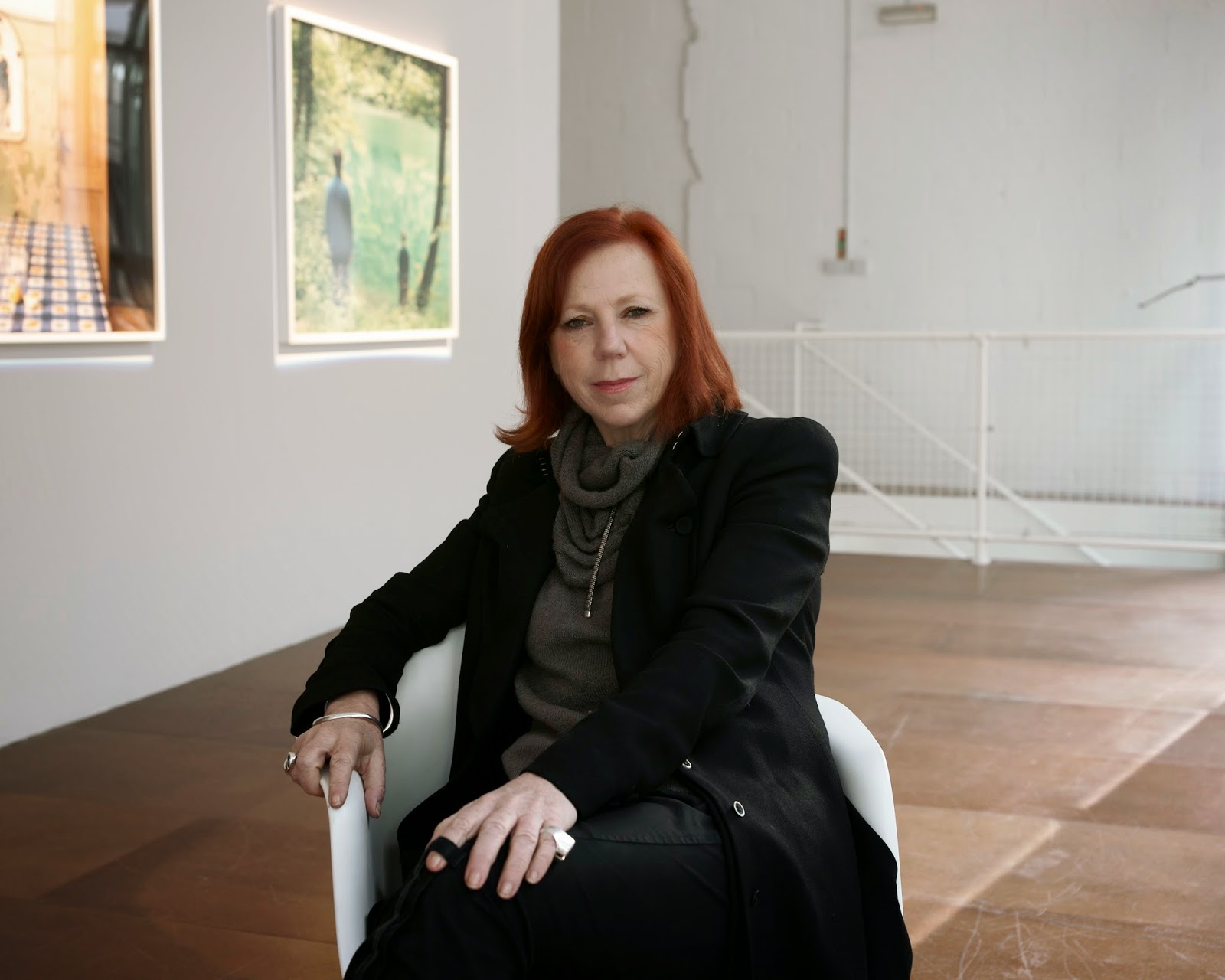 To read this interview, please go to: http://www.photomonitor.co.uk/2014/09/the-wapping-project-bankside-mayfair/

Growing up, Roxana Halls wanted to be an actor – until she realised she was too shy. Luckily, at 16, she discovered painting. Theatre is still a vital part of her art, however, as her studio is the saloon bar of an old theatre, now bingo hall, in Streatham, and much of her work has theatrical themes. Tingle-Tangle, an exhibition at the National Theatre in 2009, was a celebration of all things cabaret, and recent commissions have been for large-scale canvases telling the stories of Alice in Wonderland and the Wizard of Oz.

All of her work has a feminist take and many pieces show teetering towers of precariously stacked objects, a comment on the precarious balancing act women must perform to uphold their facades in every day life. Her recent exhibition, Appetite, at Hay Hill Gallery, was filled with paintings of women eating, set on a sliding scale, with some scarcely daring to indulge and others displaying a voracious appetite. “This has nothing to do with eating disorders and body image,” Hall assures. “The food is a metaphor for life.” 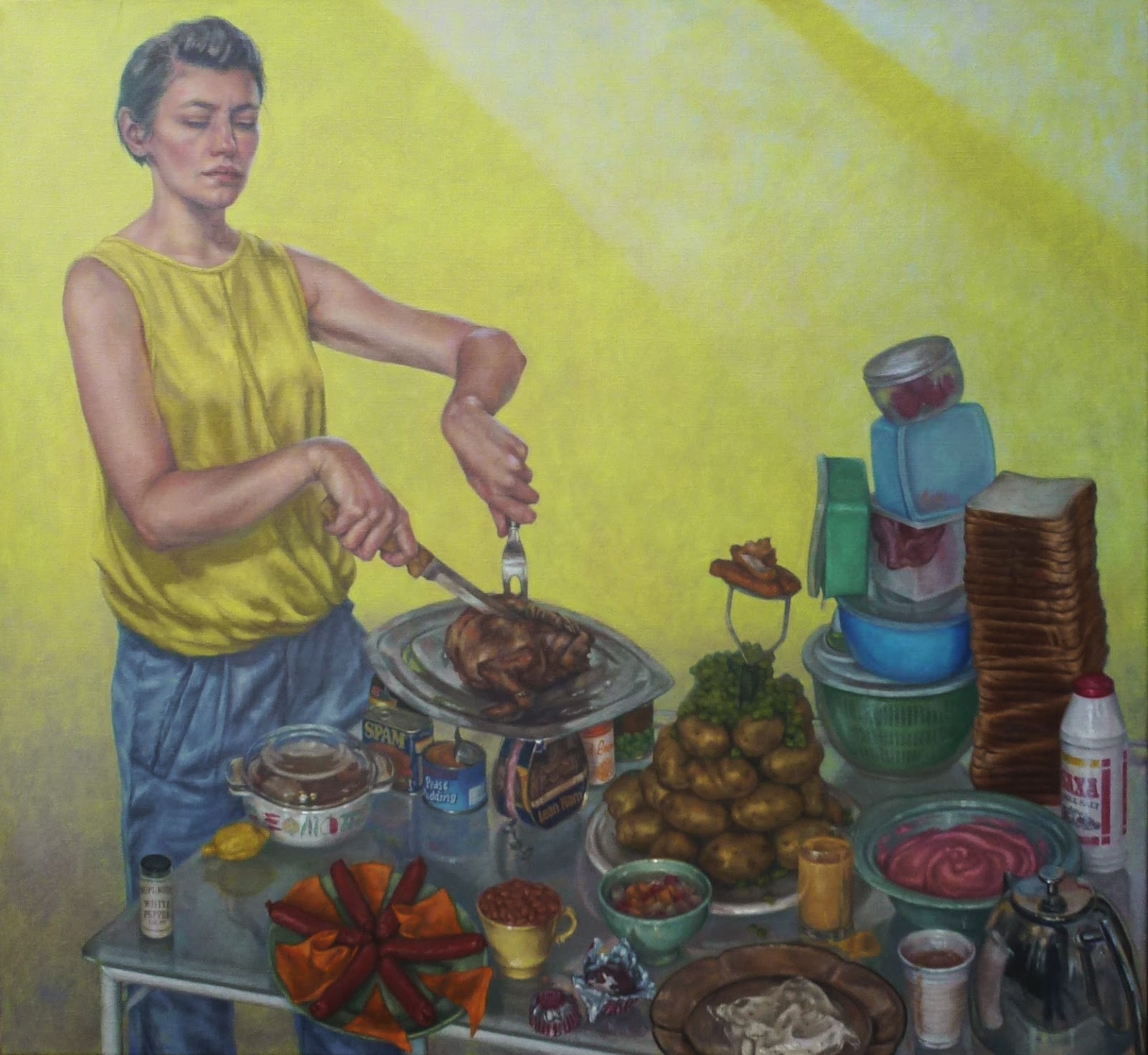 Halls’ ideas come from all over and Carvery was inspired by Jack Monroe. Representing many of the foods with which Halls grew up, in her working class, east end family – savaloy, tinned spam, mushy peas and angel delight – it argues that people can make it good, regardless of their income.

With glowing reviews by Brian Sewell, a studio to beat all others, and commissions from the rich and famous, Halls has definitely proved this to be true. Her one wish? “To paint Kate Bush. Now that would be perfect!”

To see this portfolio in full, please buy the October issue of DIVA magazine