Review of Emil Nolde: Colour Is Life at the National Gallery of Ireland, Dublin

If one had to pull out the key themes or threads running through the work of the German expressionist painter and printmaker Emil Nolde (1867-1956), they would certainly include flowers and gardens, dancers and cabaret singers, races and types, religious imagery, and then, and perhaps overarchingly, colour and light. “Colour is strength, strength is life,” he is known to have said, and he certainly used colour as the primary vehicle for expressing himself and bringing his canvases and pages vibrantly to life. So much so, in fact, that entering the first room of the National Gallery of Ireland’s retrospective, which draws its title from this quote, the paintings, set against dark blue (and later red) walls, seem positively to glow, as if lit from within. “Every colour harbours its own soul, delighting or disgusting or stimulating me,” Nolde further wrote. “Yellow can depict happiness and also pain. Red can mean fire, blood or roses; blue can mean silver, the sky or a storm.” 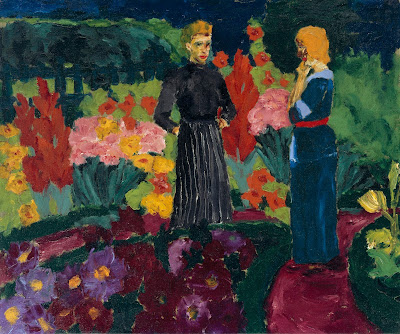 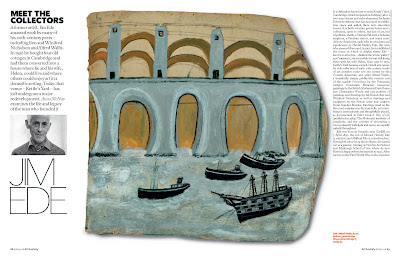 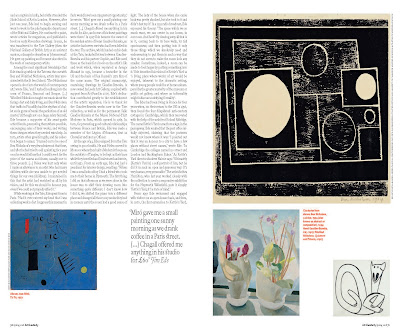 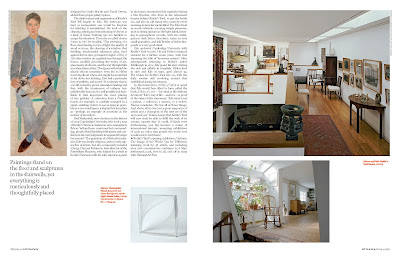 Published in the spring issue of Art Quarterly 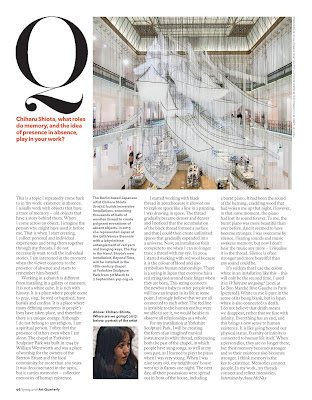 Published in the spring issue of Art Quarterly

Review of Designing English: Graphics on the Medieval Page at the Bodleian Libraries, Oxford

14/04/18
Review of Designing English: Graphics on the Medieval Page at the Bodleian Libraries, Oxford

Published in the spring 2018 issue of Art Quarterly
Posted by Anna McNay at 17:10 No comments: 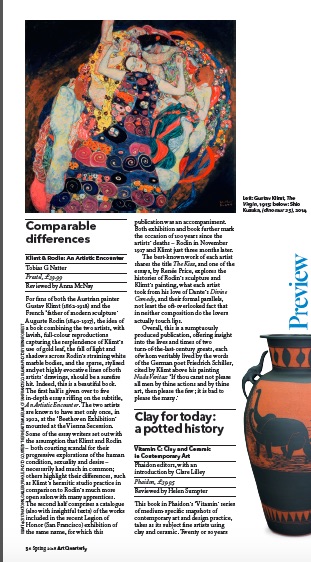 Published in the spring 2018 issue of Art Quarterly
Posted by Anna McNay at 17:08 No comments:

Preview: The Secret Life of Scissors at the Fashion and Textile Museum, London

14/04/18
Preview: The Secret Life of Scissors at the Fashion and Textile Museum Published in the spring 2018 issue of Art Quarterly
Posted by Anna McNay at 17:05 No comments:

Miguel Chevalier (b1959, Mexico City) is a true pioneer of computer art. He has been using computer science as a means of expression in the field of visual arts since 1978, when, as a student, he managed to negotiate out-of-hours access to use the rather sizeable machines at the Optics Centre at the French National Centre for Scientific Research. In 1983, he spent some time in the new digital department at the Pratt Institute in New York, before returning to Paris to continue his experimentation and, ultimately, win the support of some key curators and critics, who enabled him to show and develop his work. Chevalier sees his digital and virtual compositions as very much a continuation of art history, throughout which new young generations of artists have sought to experiment and push the boundaries of the possible. More recently, he has begun to create real, physical objects, using techniques such as laser cutting and 3D printing to work backwards from his virtual imaginings. Simultaneously, using touchpads and VR, he creates interactive works that invite viewers to traverse the boundaries of reality, entering a virtual world.

A longstanding interest of Chevalier’s is the development of cities and urban planning. For a double exhibition across London’s Mayor Gallery and Wilmotte Gallery, he is expanding his Méta-cities project to create an immense interactive installation in the latter architectural space and a more domestic representation of the same ideas in the Mayfair space, exploring the many potential scales and instantiations of a digital work.

Studio International visited Chevalier in his Paris studio to discuss his career, his commitment to the digital as a “very open tool”, and his interest in making the real virtual and the virtual real.

Marino Marini (1901-80) is largely synonymous with equestrian sculpture, his depictions of horse and rider having developed, from their first appearance in 1936, to reflect the artist’s changing sociopolitical and philosophical views, as well as his existential anxieties, and epitomised by The Angel of the City (1948), standing proud, horse’s neck and rider’s limbs (all five of them) erect, outside the Palazzo Venier dei Leoni on Venice’s Grand Canal. However, as shown by this touring retrospective, which opened last autumn at the Palazzo Fabroni in Pistoia (the Tuscan city where Marini was born) before moving, appropriately to the Peggy Guggenheim Collection (housed in the Palazzo Venier dei Leoni), his legacy is far greater than just this. With more than 50 of his works on display, the exhibition has been cleverly and informatively curated so as to place Marini’s work within the wider art-historical context, ranging from early Etruscan sculpture, through 15th-century Florentine works, to Auguste Rodin and even Henry Moore. Each room juxtaposes works by Marini with works by his contemporaries, or those who influenced him, highlighting the development of his thought and practice. 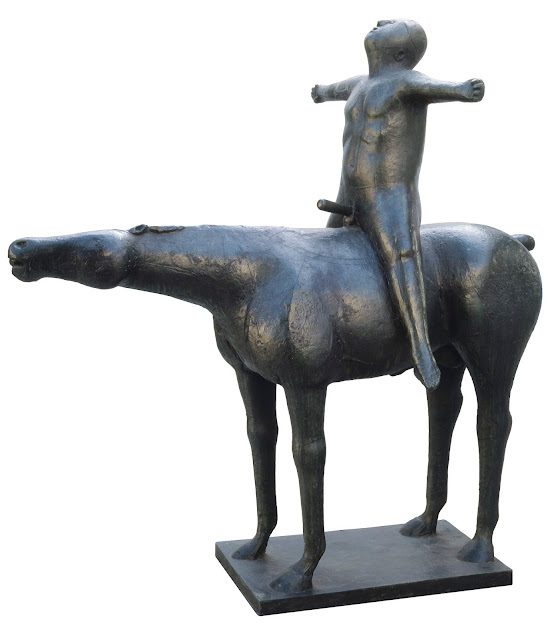 Walking into London’s David Gill Gallery, there is a sense of stillness and peace, the gentle scent of burning wax hovers on the air like in a chapel, and visitors are transported a million miles away from the hustle and bustle of Piccadilly’s rush hour. This is the work of Michele Oka Doner (b1945, Miami Beach), who, now in her fifth decade of artistic practice, has a longstanding interest in nature, the elements, ritual and wanting to make people slow down, stop and take a closer look at the world around them. 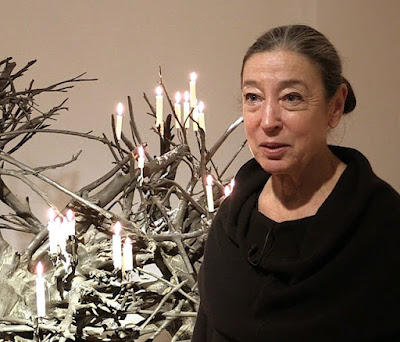 Her second solo show at the gallery pivots on a large bronze work, Altar II, a complex cast, jigsawed back together, from an intriguing and manifestly beautiful tree root, which Oka Doner retrieved from the Hudson river, while visiting friends in New York, with the help of a tow truck and a 12-minute gap between trains on the Metro-North line. It is kept company by a number of smaller Burning Bushes and Shaman Sticks, all flickering bright with heavily dripping candles, creating a gentle, almost transcendental, glow. On the walls, there are huge, androgynous, black-and-white figures, printed in relief from ink-infused organic material. Inspired by the myth of Prometheus and the basic attributes that distinguish humanity from any other animal species, Oka Doner believes that all art begins with the sacred, and she relishes the excitement of discovery and transformation, creating something that is ultimately shared.

Oka Doner’s work ranges in scale from jewellery and furniture to set and costume design for the Miami City Ballet, and she has undertaken a number of large-scale public art commissions as well, including Radiant Site at New York’s Herald Square underground station and A Walk on the Beach at Miami international airport. In London for the opening of her exhibition, before heading to Oxford for the launch of a book (she is also a published author), Oka Doner spoke to Studio International about her practice in general and, more specifically, her love of fire and the need to bring it back into her life.