With the launch, at the beginning of 2016, of Performistanbul, the first international platform in Turkey to bring together and support performance artists, the medium has been rapidly garnering popularity. The founding director, Simge Burhanoğlu, has established successful collaborations with many leading art institutions in Istanbul, and now works with 10 artists, mostly on a contractual basis. One of these artists is İ Ata Doğruel (b1991, Kütahya), who graduated at the start of the year from the media and visual arts department at Koç University in Istanbul, where, until recently, he had been studying law. Inspired by the likes of Marina Abramović and Tehching Hsieh, Doğruel’s long-durational work aims to push his physical and mental boundaries, focusing on concepts such as abstracting and endurance. 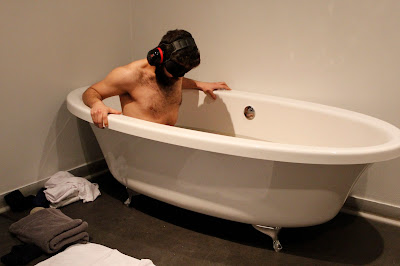 From 10am on 19 February to 10am on 21 February, Doğruel undertook a 48-hour performance, Endless Field, as part of the Performistanbul programme, in the Zilberman Gallery project space. During this time, the artist was blindfolded and wore heavy-duty headphones to block out all external distraction. The audience were allowed in to the space during the day, and, from 7.30pm to 10am, could observe Doğruel through the gallery’s glass doors, as he slept on a yoga mat. Basic food was provided in the corner of one of the two rooms and a bath full of cold water was there in case he should become too sleepy. The changing audience members were invited to attempt to interact, should they so wish. Photography and filming were permitted, and an official film was being shot for 15 minutes out of every hour, from which a short time-lapse film is to be made, which might function as a sellable edition.

Studio International met with Doğruel in the run up to his performance.

Born in Ghana in 1985, Serge Attukwei Clottey made his name internationally before he was finally recognised in his own country, thanks to a new commercial art gallery, Gallery 1957. His performances involve him and his collective, GoLokal, dressing in women’s clothes to collect plastic “gallons” (jerrycans used in Ghana to transport and store water), which he then cuts and uses as a mask, a canvas, or a basic building block for his installations. They have drawn positive responses, but also criticism from local people who do not understand the message – often political or social commentary – of his work. Despite a pending residency in Mexico, and being busy creating new work in between international art fairs, Attukwei Clottey found time to speak to Studio International via Skype from Accra. 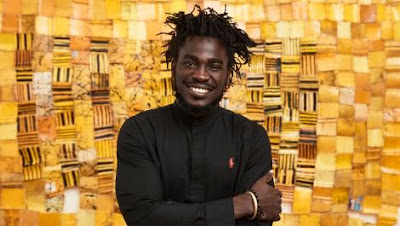 Review of Gillian Wearing and Claude Cahun: Behind the Mask, Another Mask at the National Portrait Gallery

Exploring gender, identity and the shifting notion of self in one’s artwork, especially through photography and the “selfie”, might be de rigueur at the moment, but a century ago, when the French artist and writer Claude Cahun (née Lucy Renée Mathilde Schwob, 1894-1954) began to do so, she was alone in the field. Although only one of her photographs was shown during her lifetime, Cahun began experimenting with photography and self-portraiture as early as 1912, working together with her partner (and later step-sister), Suzanne Malherbe (who also changed her name to the equally androgynous Marcel Moore). Fashioning masks and costumes to masquerade as women, men, and everything in between – Cahun herself wrote: “Masculine? Feminine? It depends on the situation. Neuter is the only gender that suits me” – she explored the construction of identity, decades before Judith Butler’s theorising on its performativity in Gender Trouble (1990). After time spent in Paris amidst the Surrealist movement – André Breton described Cahun as “one of the most curious spirits of our time” – Cahun and Moore settled on Jersey in 1937, where they went on to launch a resistance movement against the Nazis, before being imprisoned and sentenced to death in 1944 for counter propaganda tracts. Both attempted suicide but were taken to hospital and survived. They were released in 1945, on the eve of liberation. Much of Cahun's work had been destroyed by the Nazis, but she continued to experiment with photography until her death at the age of 60. 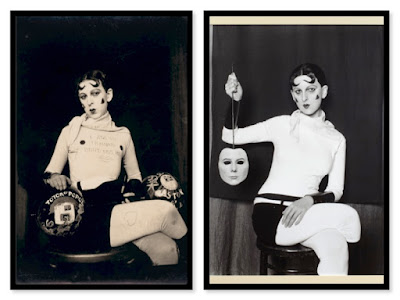 Read the rest of this review here

When the Heavens Meet the Earth – the fourth exhibition at the Heong Gallery at Downing College, Cambridge is showcasing a small
selection from Robert Devereux’s African art, or Sina Jina, collection.

In 2010, the multimillionaire, formerly a partner in the Virgin empire and Richard Branson’s brother-in-law, sold off two-thirds of his collection of postwar British art and used the £4 million proceeds to set up a charity supporting artists in Africa. The African Arts Trust, as it was named, supports grassroots organisations, which, in turn, support African artists with basic needs such as studios and residencies. 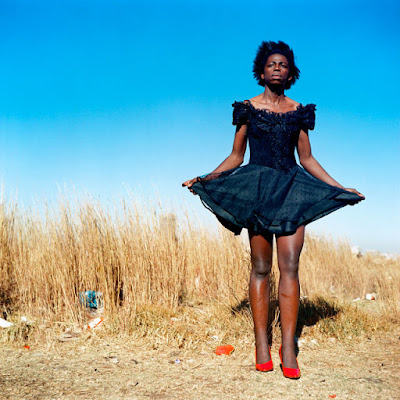 The exhibition specifically seeks to include some lesser-known artists, but there are some established names as well, including El Anatsui, 2013 Turner Prize nominee Lynette Yiadom-Boakye and Ibrahim Mahama, who showed in Venice in 2015 and currently has an exhibition at White Cube Bermondsey, London. Another well-known name is the South African photographer Zanele Muholi, whose work with the LGBTQ community places her at continual risk in a censorious and critical society.

Ranging across photography, painting, sculpture and film, the exhibition evidences the wealth of artistic creativity and output from the second largest continent in the world.

Studio International spoke to Devereux at the opening of the exhibition. 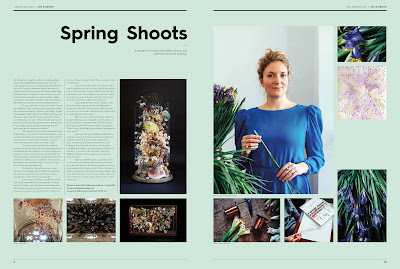 Published in The Peninsulist, Spring 2017
Posted by Anna McNay at 16:24 No comments:

The date 19 August is a significant one in Iranian history. In 1953, it saw the coup d’état, which gave the shah increased power to rule more firmly as a monarch, and, in 1978, it was the date of the tragic Cinema Rex fire, in which estimates of between 400 and 800 citizens lost their lives, when the building in Abadan, southern Iran, was set on fire by Islamic militants during the screening of the controversial film, The Deers (Gavaznha in Persian), directed by Masoud Kimiai. As two camps of opinion laid blame for the fire either with Islamic fundamentalists, who opposed all forms of entertainment (and were later found responsible), or the shah’s secret police, who some thought started the fire with the aim of pointing the finger at the fundamentalists, this latter event is widely considered to have triggered the 1979 revolution. 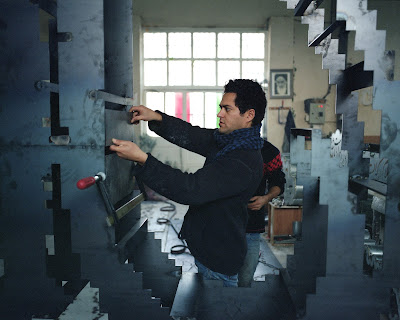 For The Unity of Time and Place, his second exhibition at narrative projects, Mahmoud Bakhshi (b1977, Tehran) has created an immersive installation, recreating the interior of a 1970s cinema, and showing incisively collaged film footage from The Deers and an interview with Kimiai, on two screens, either side of the central dividing wall.

The project reflects a wider focus of artistic enquiry in Bakhshi’s practice into the role and responsibility of an artist and his work, particularly when dealing with, or responding to, sociopolitical currents.

Bakhshi studied for a BA in sculpture at the faculty of fine arts at the University of Tehran, and has since held residencies at the Delfina Foundation in London and the Rijksakademie van beeldende kunsten in Amsterdam. His work was included in the National Pavilion of Iran at the 56th Venice Biennale and is held in collections worldwide, including Tate Modern, London; Doron Sebbag Art Collection, Tel Aviv; Devi Art Foundation, New Delhi; and the Thaddaeus Ropac Collection.

After his visa was denied at the last minute, and Bakhshi was unable to come to London to install his exhibition and attend the opening night, Studio International spoke to him in Tehran via Skype.