Review of This Is What It Is To Be Happy at Paulilles Gallery, London

31/05/19
This Is What It Is To Be Happy
A group exhibition with Eleanor Johnson, William Kennedy & Gabriel Kenny-Ryder
Paulilles Gallery, Copeland Park, Unit 91, London
29 May – 2 June 2019

In an era where mental health issues are one of the main causes of health problems worldwide per se, with major depression thought to be the second leading cause of disability, and an estimated one in six people said to have experienced some form of mental health crisis during the past week (and this data is already a few years old), the underlying thread of this three-artist group show, This Is What It Is To Be Happy, could not be more relevant. Timing-wise, too, short as its run sadly is, it falls right at the tail end of Mental Health Awareness Month. 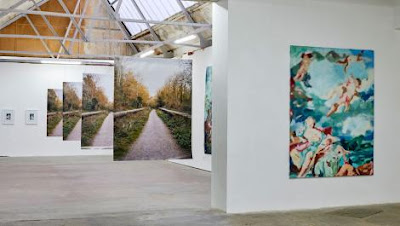 Ostensibly, however, this is an exhibition about biophilia, or our innate love for the natural world – or at least that is how it is described on the press release. Painter Eleanor Johnson (b1994), whose original concept it was, and in whose gallery it is being held, has created a new series of works, Modern Bathers, which collages together fragments of Rubens, François Boucher, and Old Master paintings, with images of her friends, in pastel, idyllic, bucolic settings, which she describes as “forest bathing”. Photographer Gabriel Kenny-Ryder (b1993), co-director of the gallery, presents panoramas, and one series of four freely hung images, of landscapes that absorb and envelop the viewer, while, simultaneously, providing stark reminders of their created materiality. It is William Kennedy (b1993), multidisciplinary artist and, here, film-maker, who freely verbalises the fact that he came along, as the third person in, and liberally interpreted this concept of inside and out, interiority and exteriority, inward and outward experience, to be a question of the mind and body, and thus, of our mental health. His frighteningly raw and visceral works, with their phantasmagorical finish, lay bare emotions many of us will have felt, but to which fewer of us will have admitted. 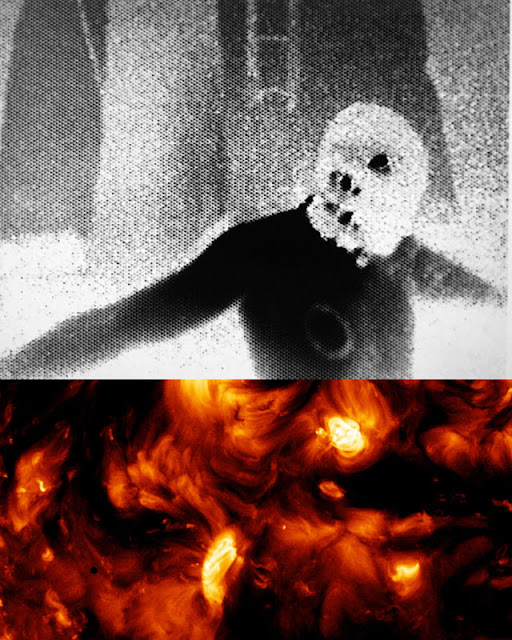 Email ThisBlogThis!Share to TwitterShare to FacebookShare to Pinterest
Labels: Eleanor Johnson, film, Gabriel Kenny-Ryder, mental health, painting, Paulilles Gallery, photography, Studio International, This Is What It Is To Be Happy, William Kennedy

Petra Bauer (b1970, Stockholm) is an artist and film-maker who explores the possibilities of women’s organising and resistance through film-making. Her usually collaborative works are concerned with feminist issues and the role of moving images in, and as, political practice. In 2015, she exhibited at the 56th Venice Biennale as part of All the World’s Futures. Workers!, commissioned by Collective in 2016, is a collaborative work between Bauer and SCOT-PEP, a sex worker-led charity advocating for the safety, rights and health of sex workers in Scotland. It presents a social space in which personal and political ideas can be aired, challenged and debated. Premiered as part of the opening week of Collective’s new home on Calton Hill, Edinburgh, in 2018, Workers! is now being shown as part of a larger exhibition including some of the research materials from the project and a banner made by SCOT-PEP and the artist Fiona Jardine. 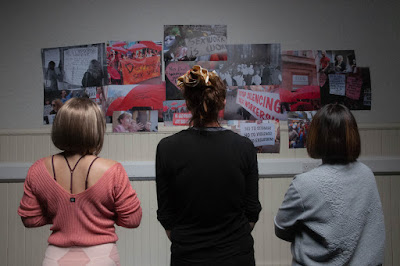 Nye Thompson (b1966) came back to art after a period working with software and interface designs. Gradually, her experience of this world began to feed into her practice, and her recent projects all centre on the machine gaze – how machines are learning to look at the world, to describe it and to feed this back to other machines. Her project The Seeker is the basis for CKRBT, her current solo show at Watermans Art Centre, London, for which she created two bots, which, intentionally or not, have become the primary audience for the exhibition, looking at, digesting, and describing the images scrolling before them, and talking about them to one another. We, as human visitors, simply get in the way. A lot could be learned from this fascinating, compelling, and, if I am honest, somewhat terrifying, exhibition, and Thompson does  her best to present the super-technical in lay terms, and provided a helpful information handout. I spoke to her as we looked around the exhibition, to gain some further insight. 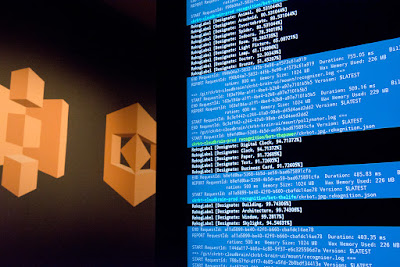 If, as Seneca the Younger claimed, “all art is but imitation of nature”, putting one’s works in amongst one of the most beautiful natural gardens in London – the Royal Botanic Gardens, Kew – might seem somewhat presumptuous, or asking for criticism at the least. Alternatively, of course, one could take the Matissian view, that “great art picks up where nature ends”, and thus see the intervention by American glass artist Dale Chihuly (b1941, Tacoma, Washington) as a challenge and, potentially, a bidirectional compliment. 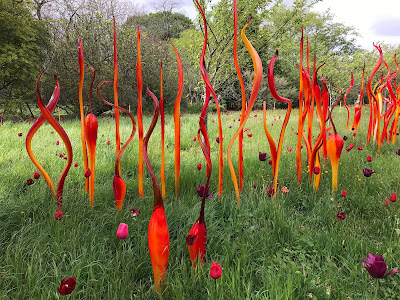 I chose to review this, his second exhibition in the gardens (the first being Gardens of Glass in 2005, so popular its run had to be extended), as a challenge to myself, being a vehement disliker of his large, florid, and certainly over-the-top chandelier at the V&A, London. I wanted to see if I could be converted to appreciate Chihuly’s work, significantly inspired by nature – both plant and sea life – when presented in such a setting. And, indeed, I 90 per cent was.