Henri Cartier-Bresson spoke of “the decisive moment” – the instant when an image is captured, and the fraction of a second in which an event is fixed. Nothing in this life, however, is ever truly fixed. Nothing is constant; everything is in a permanent state of flux. The seven international artists in this exhibition, the first in a programme to be curated by collaborative partnership Inland Offshore, examine this proposition from various angles. Firstly, lens-based media have changed significantly over recent years, with digital threatening to replace analogue, and moving image becoming as prevalent in galleries as stills. Secondly, nothing is ever seen or processed out of context: from a physical point of view, our interpretation of an image varies according to our vantage point; from an emotional point of view, our associations and empathies vary according to personal histories and even just our mood that day. The works hanging in this eerily empty, disused office block invite the viewer to deconstruct and reconstruct, to imagine at will, and to build narratives. 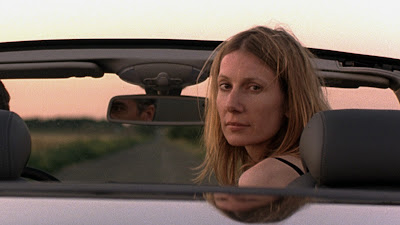 Scotland has a long tradition of documentary photography, reaching back as far as Thomas Annan (1829-1887), John Thompson (1837-1921), and Hill and Adamson (partners from 1843-1848). Amongst others, these pioneers set out many of the founding principles of the genre which pertain to this day. In addition to these Scottish natives, many a celebrated international photographer has also paid homage to the country and its inhabitants, including Paul Strand (1890-1976), with his timeless images from the northwest fringes in the 1930s, and Martin Parr (born 1952), with his more recent work along the A8 Corridor, west of Glasgow.

It is against this impressive backdrop that, in 2012, four contemporary Scots-born documentary photographers – Jeremy Sutton-Hibbert, Colin McPherson, Stephen McLaren and Sophie Gerrard – came together to form the collective, Document Scotland. 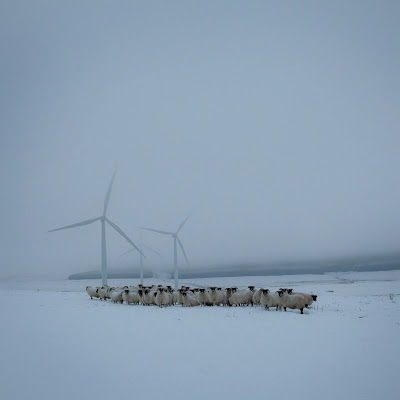 To read the rest of this essay, please go to: http://www.photomonitor.co.uk/2013/07/document-scotland/

Review of 5 Under 30 at Daniel Blau

For a gallery specialising in vintage photography, a competition open to young contemporaries – specifically those under 30 years of age – might not seem like the most obvious step, but, with its London space located in the thriving hub of Hoxton Square, Daniel Blau is not shy of the modern, and so, keen to become involved in current critical discussions in the world of photography, 5 Under 30 was born. Open to all young photographers internationally, on the proviso that they could bring their works to the gallery in person, this competition, for which the prize, aside from a boost in kudos and esteem, was to take part in the resulting group exhibition, where works are also on sale, attracted just under 100 entries, from which the winning 5 were selected by Blau and his staff. As it turns out, all five winning entrants are based in London, but only one of them is native British. As such, there is an international flavour to this varied and experimental exhibition. 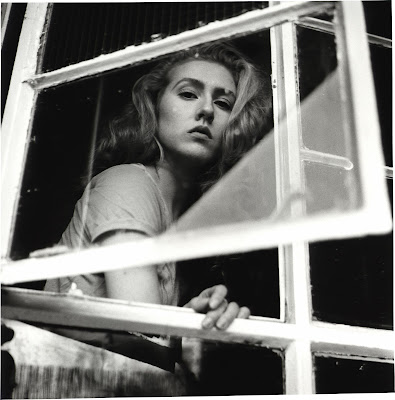 Video review of Dennis Hopper: On the Road at Museo Picasso Málaga 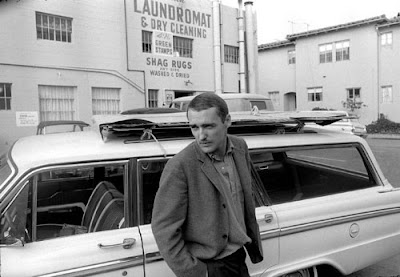 Before joining the leagues of his subjects, entering into the world of celebrity as a cult director and actor, Dennis Hopper was a successful photographer who captured the anti-establishment, countercultural spirit of the 1960s through images of such iconic figures as Andy Warhol, Jane Fonda, and Paul Newman.

Born in 1936 in Dodge City, Kansas, Hopper used a Nikon camera with a 28-millimeter lens given to him by his first wife, Brooke Hayward, in 1961. His candid images remain uncropped, following the early advice of movie heartthrob James Dean to use his hobby of photography to practise framing movie shots, saying “you’re probably going to want to direct films someday, and you can’t crop film.”

Dennis Hopper: On the Road at Museo Picasso Málaga displays a selection of 141 black and white photographs, the majority of which were taken between 1961 and 1967, alongside clips from his movies. Also on display are three 1964 screen tests by Andy Warhol, a set of posters for movies in which Hopper was involved, and contextualising documentary material such as photographs by other artists, books, magazines and records.

To view this video review, please go to: http://www.studiointernational.com/index.php/dennis-hopper-on-the-road
Posted by Anna McNay at 10:30 No comments:

Review of Broughton & Birnie: Berlin, The Forger’s Tale: The Quest for Fame and Fortune at WW Gallery

It is 1930s Berlin. Georg Bruni, the son of two artistes in a travelling circus, is a youth amidst the city’s burgeoning cabaret scene. A dubious character, his talent lies in producing accurate artistic forgeries. Following the revelation that a purportedly rare Blue Period Picasso, sold by Bruni to the obsessive Nazi art collector Fritz Niemand, is, in fact, one of his fakes, Niemand puts a price on Bruni’s head, and the delinquent flees to Paris. Here he meets and falls in love with Fritzi Scholtz, apparently also on the run from the Nazis. All is not as it seems, however, and, when Bruni’s hat and blood-soaked coat are found on a path by the Seine in late 1937, it transpires that Scholz was in fact a Nazi assassin. 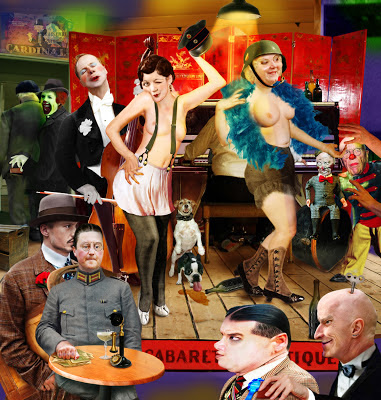 How much of the above is true is for you to decide, but, regardless, a visit to WW Gallery during the run of artist duo Broughton & Birnie’s fantastic (in the true sense of the word) show, will take you back in time to the Weimar Republic and on a whirlwind journey through the life of Bruni, from the puppet film showing in the foyer’s cinema kiosk, through the collector’s dimly lit, closely hung bureau, the glittering Regenerate Art Room (an amalgamation of the International DADA Fair of 1920 and the Degenerate Art Exhibition of 1937), and the small telephone kiosk replete with calling cards, to the cabaret salon at the back, decked out with posters and masks, and, if you time your visit appropriately, thrilling live performances.* 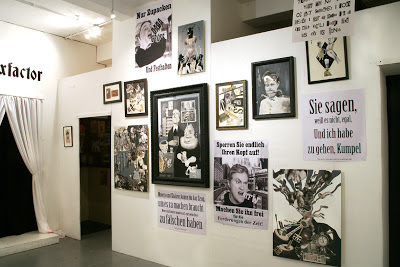 The detail of these installations is intricate, and you really must allow yourself time to look closely at each and every work. For, as you do, the web of fact and fiction will start to unravel, and you will see what a brilliant masquerade all of it actually is. A laptop between the stockinged legs of a Schiele model, a blackberry (phone) in the fruit bowl of a Courbet still life, John Malkovich photographed in the company of Marlene Dietrich… The Regenerate Art Room becomes the stage for an unlikely episode of the X-Factor, daringly written with the swastika symbol, and Simon Cowell, Ant and Dec, Alan Sugar, and Davina McCall all make an appearance amongst the text speak comments (LMAO, OMG), punk band lyrics, and layered contemporary and vintage images and banknotes. 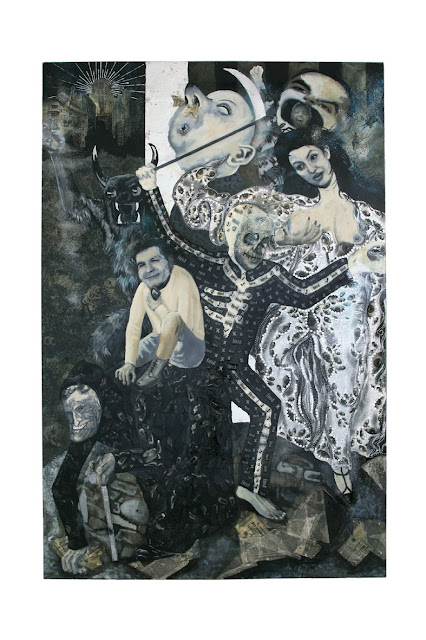 Politicians are not spared either, with David Cameron making multiple appearances in various guises, including as a Nazi, and Boris Johnson, recalling the instance of his being suspended on a zip wire in Victoria Park during the Jubilee celebrations, hanging like a pig from the ceiling, a sash branding him both “Antichrist” and “Anarchist”. 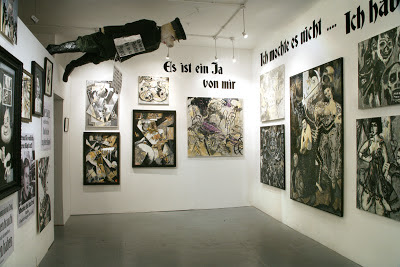 Broughton & Birnie, who have been working together for over 10 years now, try to make their art out of whatever they can find. “It’s all about trying things out, experimenting, and having fun,” they say. “That’s what keeps things fresh.” And this enthusiasm can certainly be felt. This is an exhibition not to be missed. 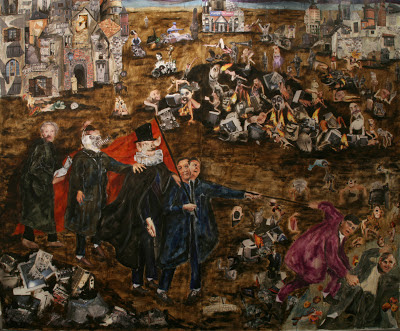 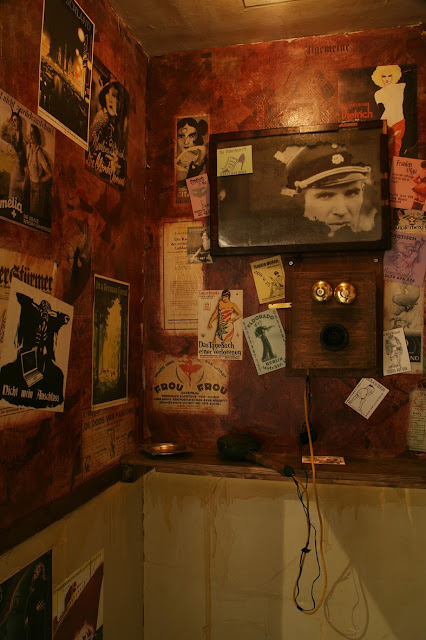 Review of Collection Sandretto Re Rebaudengo: Have you seen me before? at the Whitechapel Gallery

Patrizia Sandretto Re Rebaudengo has enjoyed the status of one of Europe’s most prominent collectors of contemporary art since acquiring her first Maurizio Cattelan work in 1996. This past year has seen the Whitechapel Gallery share some of the highlights of her collection, otherwise rarely publicly seen, in four neatly curated quarterly displays. Following on from A Love Meal (19 March – 9 June 2013), which focused primarily on 3D works, Have you seen me before?, the fourth and final display, contains considerably more 2D works, a couple of sound pieces, and a whole host of glittering names: it’s almost like roll call for contemporary art’s A-stream. 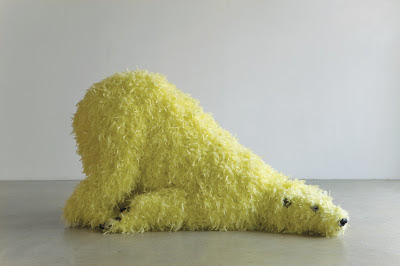 To read the rest of this review, please go to: http://www.studiointernational.com/index.php/collection-sandretto-re-rebaudengo-have-you-seen-me-before
Posted by Anna McNay at 14:06 No comments: