Review of Sanja Iveković: Unknown Heroine at Calvert 22 and the South London Gallery

For her first major exhibition in London, and her first solo show in the UK, Croatian artist Sanja Iveković (born 1949) has taken over two galleries – Camberwell’s South London Gallery and Shoreditch’s Calvert 22. Spanning a variety of mixed media – from collage and photography to film and performance – Iveković’s prolific socially and politically rooted oeuvre simply wouldn’t have been done justice in just the one space.

At Calvert 22, the emphasis is placed on works concerned with the transition from socialism to capitalism after the fall of the Iron Curtain in 1989 and the ensuing dissolution of Yugoslavia. Social systems, public space, and the agency of the individual are also investigated. At the South London Gallery, the focus is more on the question of female invisibility in the public arena, constructions of femininity, and performativity of identity and gender. 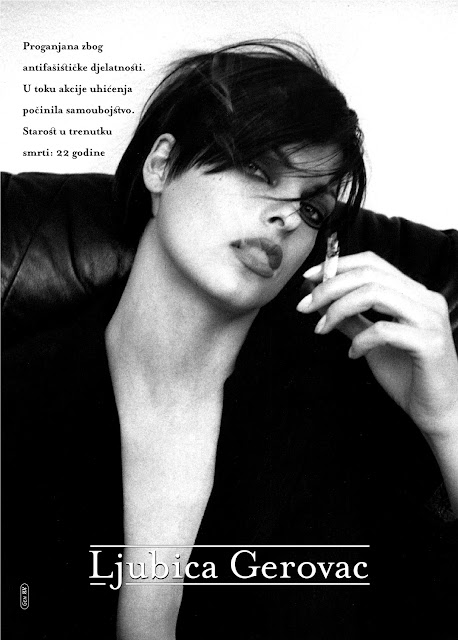 To read the rest of this review, please go to: http://www.divamag.co.uk/category/arts-entertainment/art-review-sanja-iveković.aspx
Posted by Anna McNay at 15:22 No comments:

Review of Judy Chicago: Deflowered at Riflemaker Gallery and Judy Chicago at Ben Uri, The London Jewish Museum of Art

“Feminist art is all the stages of a woman giving birth to herself. […] It is art that reaches out and affirms women and validates our experience and makes us feel good about ourselves.” (Judy Chicago, What is Feminist Art?, 1977)

Judy Chicago (born 1939) is a pioneer of feminist art, who came to prominence in the late 1960s, and is probably best known for her controversial installation, The Dinner Party (1979). Made to celebrate great women throughout history, this was a ground-breaking work, both as an icon of the feminist art movement, and, more broadly, of twentieth century American art history. Chicago herself describes the piece as: “a monumental work of art, triangular in configuration, that employs numerous media, including ceramics, china-painting, and an array of needle and fibre techniques.” Each of its 39 place settings – plates decorated with variations on butterfly- and floral-styled vulva – commemorates a goddess, historical figure, or important woman, and the whole thing stands upon an immense porcelain floor – the Heritage Floor – comprising 2304 hand-cast tiles on which the names of 999 other important women are inscribed. 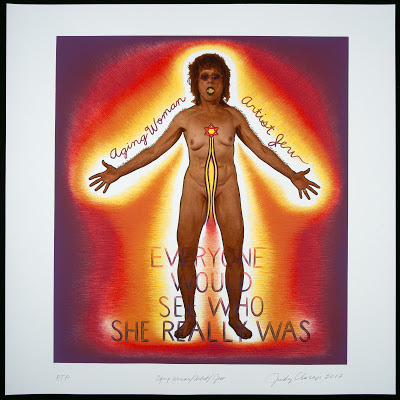 These two parallel exhibitions, hosted by Riflemaker and Ben Uri, The London Jewish Museum of Art (Chicago was born Judy Cohen, into a left-wing, politically-active Jewish family in Chicago in 1939, and legally changed her name in 1970 to escape the perceived male patriarchy), are the first showing of Chicago’s work in London since her installation of The Dinner Party toured to an empty warehouse in Islington in 1985, and she is pleased to have the opportunity to introduce her UK audience to aspects of her work beyond this iconic piece, since, unsurprisingly, in a career spanning five decades, there is much more to Chicago’s oeuvre than widely known. Touching upon her most commonly recurring themes, which embrace autobiography, art as diary, erotica, feminism, the nude, self-portraiture, performance, issues of masculine power, birth and motherhood – and the cat – Riflemaker is primarily showing early paintings, sketches and sculpture (albeit alongside a rarely seen test plate and runner drawing for The Dinner Party), and Ben Uri is focusing on the more private and intimate side of her work, with over 170 pieces on display, contextualised alongside three women artists from this side of the Atlantic: Louise Bourgeois (1911-2010), Helen Chadwick (1953-1996) and Tracey Emin (born 1963).

To read the rest of this review, please go to: http://www.divamag.co.uk/category/arts-entertainment/review-artist-judy-chigago's-deflowered-and-ben-uri.aspx

Review of Clarisse d’Arcimoles: Forget Nostalgia – A Little Theatre of Self at BREESE LITTLE

For her second solo exhibition with BREESE LITTLE, French artist Clarisse d’Arcimoles has turned the Great Sutton Street space into a local photographer’s studio in Britain a century ago. Venturing in from the cold winter air, the warm red walls and wooden panelling, the worn Persian carpet, and the various suitcases of bought, found, donated, and home-made props and costumes warm the visitor to his core, and the model boat standing against the cloudy backdrop at the far end of the gallery beckons to him to step not only further inside, but simultaneously back in time. 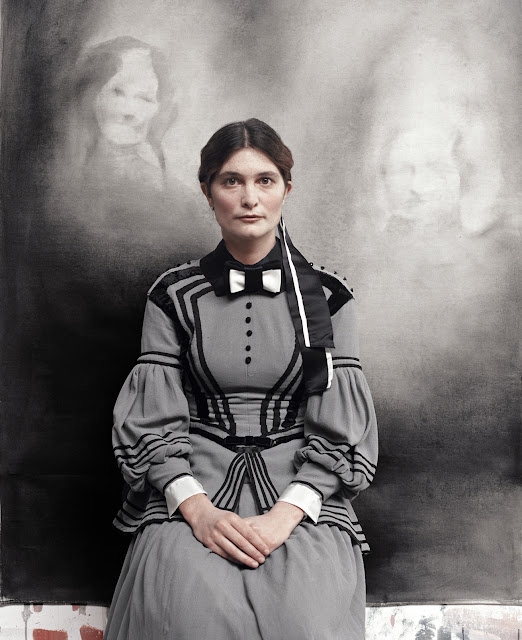 To read the rest of this review, please go to: http://www.photomonitor.co.uk/2012/12/forget-nostalgia-a-little-theatre-of-self-2/
Posted by Anna McNay at 11:30 No comments:

Had I been asked to place a bet upon who I thought would win the Turner Prize 2012, my money would not have been on the film artist Elizabeth Price (born 1966), for her 20-minute-long hand-clapping, finger-clicking, sing-a-long lesson in architectural history and a 70’s news tragedy, The Woolworths Choir of 1979 (2012), erring instead towards the intricate and classically skilled pencil drawings of Nobson Newtown, produced over a 16-year period by Paul Noble (born 1963). Had I, however, been asked whom I would want to win, I would have backed Price all the way. And so it was that I found myself letting out an involuntary cheer, midway through an evening committee meeting, on 3 December, when the results were announced, and Price took to the stage at Tate Britain to accept the award from actor-presenter Jude Law. 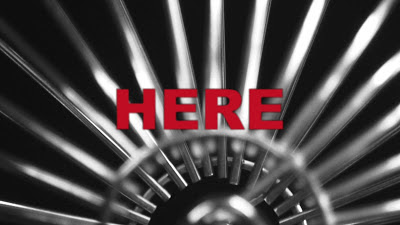 Following on from an exciting and jam-packed day of film screenings, live performances, and talks on Saturday 3 November, it was revealed at a special ceremony hosted at the Whitechapel Gallery on Monday 5 November 2012 that the winner of this year’s Film London Jarman Award is James Richards. 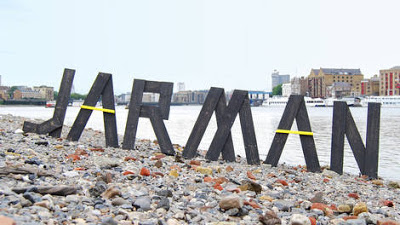 Launched in 2008, when it was won by Luke Fowler, one of this year’s Turner Prize nominees, the Award is an annual prize celebrating the spirit of experimentation and imagination in film. Any mid-career artist film-maker, whose work embraces the legacy of Derek Jarman’s own highly experimental approach, can be nominated, and, alongside Richards, this year’s longest ever shortlist of ten nominees, drawn from suggestions made by a network of industry professionals, included Brad Butler & Karen Mirza, Marcus Coates, Shezad Dawood, Benedict Drew, Nathaniel Mellors, Ben Rivers, Aura Satz, Matt Stokes and Thomson & Craighead. As the winner, Richards will receive not just £10,000, but also a broadcast commission to produce a series of film artworks for Channel 4. This year also brings with it the added honour of marking the 70th anniversary of the birth of Derek Jarman himself. For the first time too, a further three artist film-makers from the shortlist – Brad Butler & Karen Mirza, Nathaniel Mellors and Shezad Dawood – will also be commissioned to produce short art films for Channel 4.

Although each of the artist film-makers nominated has his or her own unique style, certain features seem to permeate their works. Many investigate a fusion of sight and sound: bright colours, lights, distorted shapes, swirling, spinning and moving against a soundtrack of jarring, discordant, metallic noises. Benedict Drew’s Gliss (Phrase III) Encounter With The Un-Rare, for example, pulsates to thuds and thumps, unpleasant clanging sounds and screeches, a drum, space-age noises, and a baby wailing, as clay-like shapes gyrate across the screen, an invitation to the wildest imagination to interpret what they might be. For my part, there’s a skull, and some sort of internal bodily examination going on, but what the next person will see I can’t even begin to guess.

Language is also a significant ingredient, with text flashing up on screen, varying fonts and colours, some words exclaiming alone, others going on to build up sentences. Many of the works, Richards’ included, involve voiceovers. Breaking this down, Brad Butler & Karen Mirza’s short piece, Hold Your Ground, inspired by the events of the Arab Spring, dissects the ‘semantics’ of the protesting crowd, isolating individual sounds as pre-speech elements. The result is alienating and implies a sense of struggle to communicate. 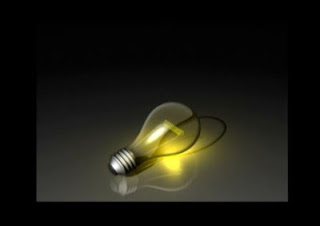 In conversation with writer and curator Gil Leung, Richards spoke of his film-making process as a dissolving of the self, and an attempt to cut back and refine his material whilst preserving an overall sense of unknowability. Appropriated and contingent fragments from very different sources jar in some way, never quite making sense, offering both resonance and dissonance. Indeed, this was the feeling I was left with after the day of events, and one which certainly echoes the tone of much of Jarman’s own work. The films in this Award offer a fitting tribute, and through the opportunities offered as a result of this exposure, many more artist film-makers will go on to leave their own mark.

James Richards
Not Blacking Out Just Turning Off
2011
courtesy the artist
Posted by Anna McNay at 16:35 No comments: