According to Helen Morales, a Cambridge University academic specialising in mythology, scholars have produced as many definitions of myth as there are myths themselves. For her, a myth is as much about process as it is a thing.[1] It is ‘a continual process of telling and retelling.’[2] Rudolf Bultmann suggests that the real purpose of myth is not to present an objective picture of the world as it is, but to express man’s understanding of himself in the world in which he lives.[3] Indeed, the bare narrative is only part of what makes a myth a myth. The ancient Greeks had a collective psychological and religious investment in their stories.[4] In more recent times, Freud, for one, was fascinated by myths and sought long and hard to account for their power. Morales goes so far as to claim that without classical mythology, there would be no psychoanalysis, and this is not too bold a claim, since much of Freud’s work is based on his interpretation of the Oedipal myth (amongst others).[5] Freud saw psychoanalysis, like myth, as driven by an inexorable movement towards truth, a means to discover, explain and understand oneself.[6] For him, myths were case studies from which to draw conclusions about men’s universal experiences.[7] As attempts to understand and define the self, myths play a particularly important role when it comes to anyone who sees him- or herself as different from the ‘Other’. It is unsurprising, therefore, that they play an especially pertinent role within the LGBTQI community. 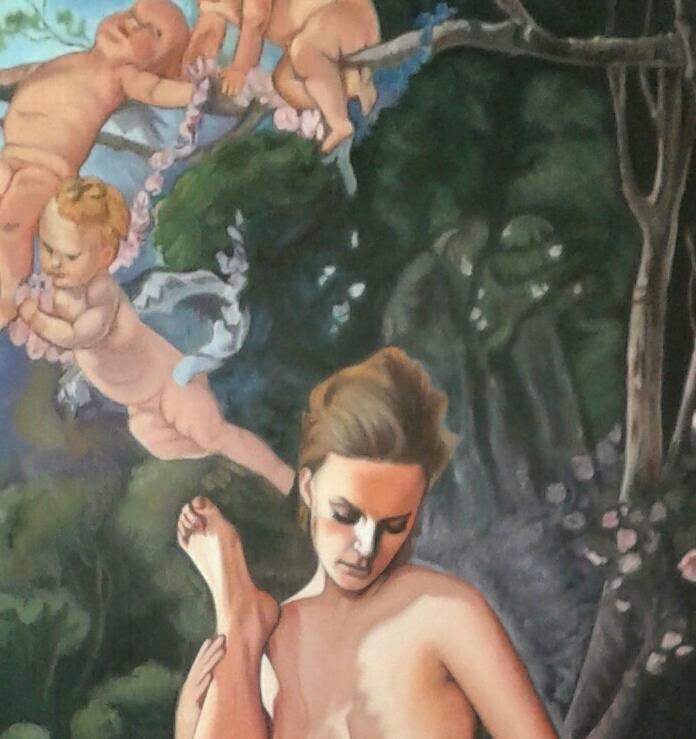 One prevalent mythological tradition is the oral – or, nowadays, written – form, deriving from the early tradition of story telling. Another, however, is the visual. Western art history is full of scenes from classical mythology, Christian religion and pagan folklore. Take, for example, Titian’s group of large-scale mythologies inspired by the Roman poet Ovid’s Metamorphoses, painted for King Philip II of Spain between 1556 and 1559. And what about Correggio’s Danaë from 1531 or the various representations of the Rape of the Sabine Women by Giambologna (1579-83), Poussin (1634-35 and 1636-37), Rubens (1635-40) and Picasso (1962-63)? Depictions of scenes of mythological rape, or of the foreplay leading up to the act, have long been an apparently licit way to portray erotic scenes and the enjoyment of sexual activity.

Looking through a queer lens, there are numerous characters and motifs from mythology that have acquired extra levels of meaning through artistic representations. The myth of Jupiter and Ganymede is an iconic gay story, hugely popular in Roman art and literature, as is the myth of Apollo’s love for Hyacinthus. Exemplary for female same-sex desire are Iphis and Ianthe from Ovid’s Metamorphoses, although Ianthe does believe Iphis to be a boy, so gender is somewhat blurred here. Of course, the myth of Hermaphroditus opens up gender binaries altogether.

This year’s GFEST Gaywise FESTival – now in its seventh year – has taken this vast playing field of myths and mythologies as the theme for its visual arts exhibition at the Menier Gallery. With three commissioned artists and four further participating artists – international and at differing stages of their careers – the responses have been as varied as they have carefully thought out, serving to support Morales’ opening gambit about the myriad of possible interpretation. 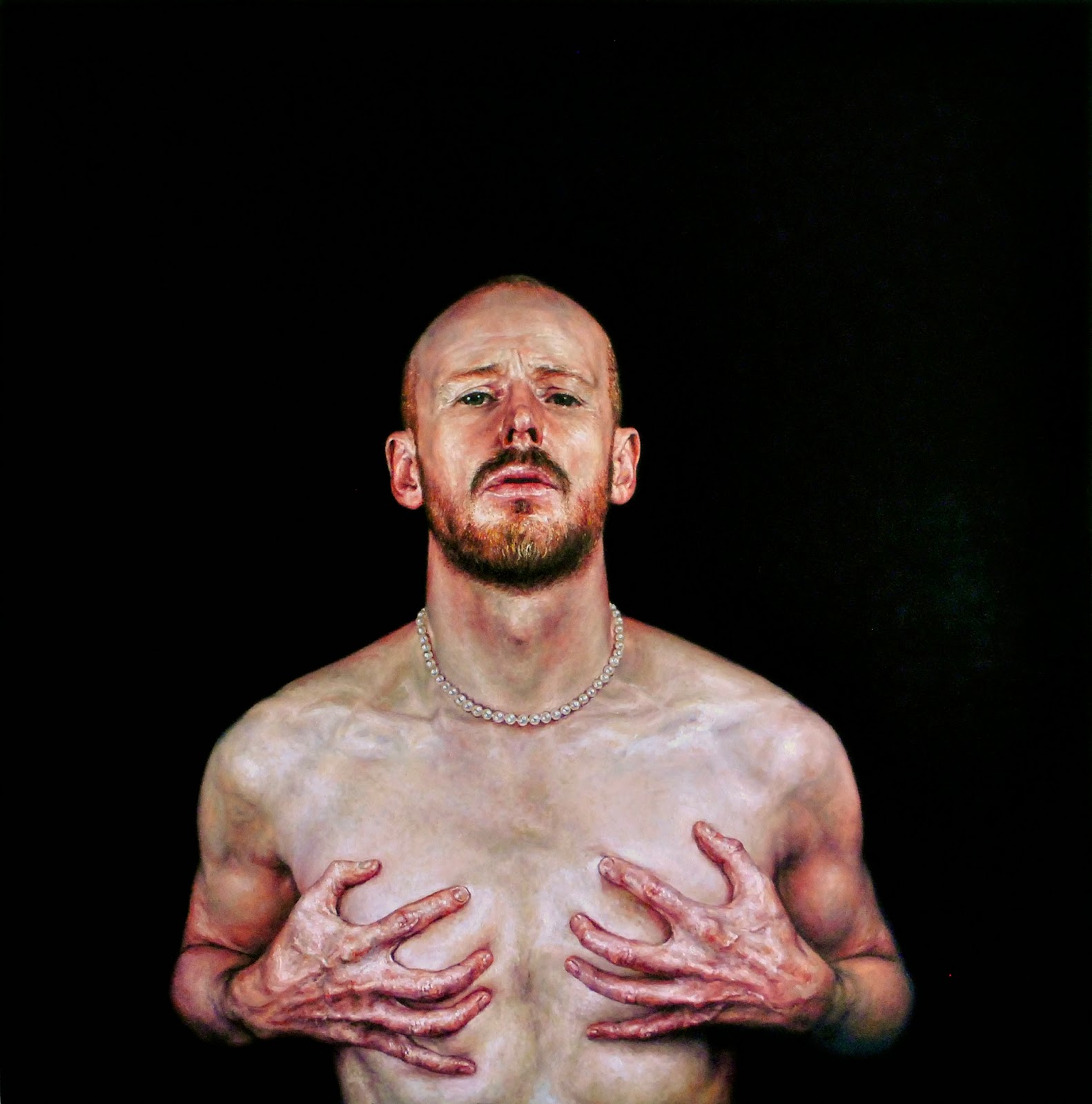 Matthew Stradling perhaps toes a line closest to the story thus far, with his contemporary – and queer – renderings of three traditional art historical subjects: Lucretia, St Sebastian and the Dying Slave. What Stradling takes from the myth of Lucretia – raped by Tarquin, son of the last king of Rome, an act which ultimately leads to her suicide – is the idea of shame, especially as a converse to pride, and the question of why so many images of gay men have been images of suffering. In his painting, he places himself as Lucretia, who, shown baring her breasts, is both pained and suffering, but sexual at the same time. Her pearl necklace is a symbol of femininity, as well as of sexuality. A central element to Stradling’s works is the idea of power play. Michelangelo’s Dying Slave is shown in urine-stained underpants with ‘thank you’ stitched on the band – thank you for making me submissive, the artist explains. Similarly, St Sebastian, the adored object and penetrated and passive male – claimed for the gay world by Derek Jarman’s 1976 film Sebastiane – is depicted by Stradling with an erection, forcing the question: what does it mean to be passive? In an SM world, mightn’t the myths of suffering and shame actually be turned on their heads? 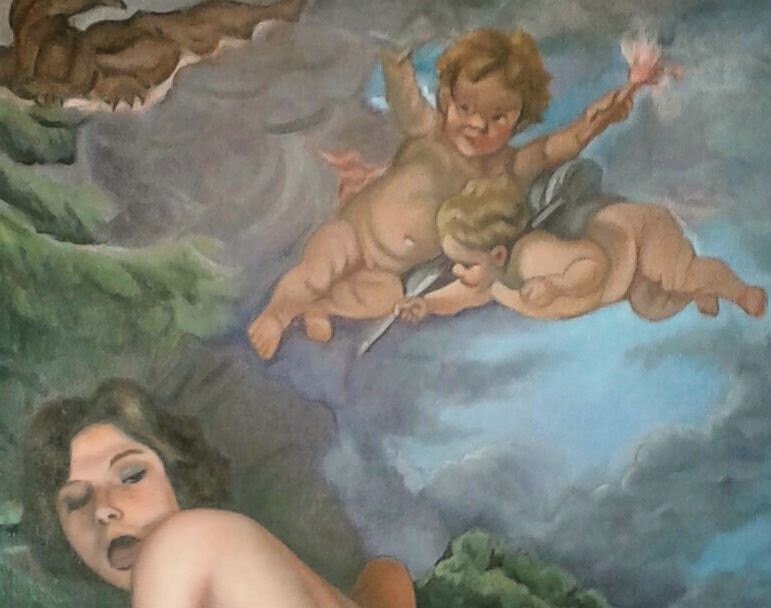 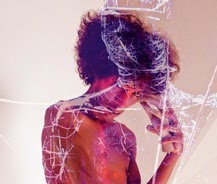 The third commissioned artist, João Trindade, works in quite a different manner. His medium is photography and, rather than looking at classical myths, he draws on the myths we build up about ourselves and other people every day of our lives, putting each other into boxes and creating barriers. He looks at judgment and prejudice and how to overcome these in order to create a space where love and communication can flourish. Building on a personal story, he has worked with a transgender model and created sculptural mannequins out of wire and mesh and photographed them in positions suggesting manipulation and puppetry. He deliberately seeks to make his photographic work look naïve, reinforcing the idea of myths as elementary means of exploring and uncovering our identities, as psychological case studies, and as tales of becoming. As Freud’s colleague Otto Rank phrases it: ‘Myths are, therefore, created by adults, by means of retrograde childhood fantasies, the hero being credited with the myth-maker’s personal infantile history.’[8] 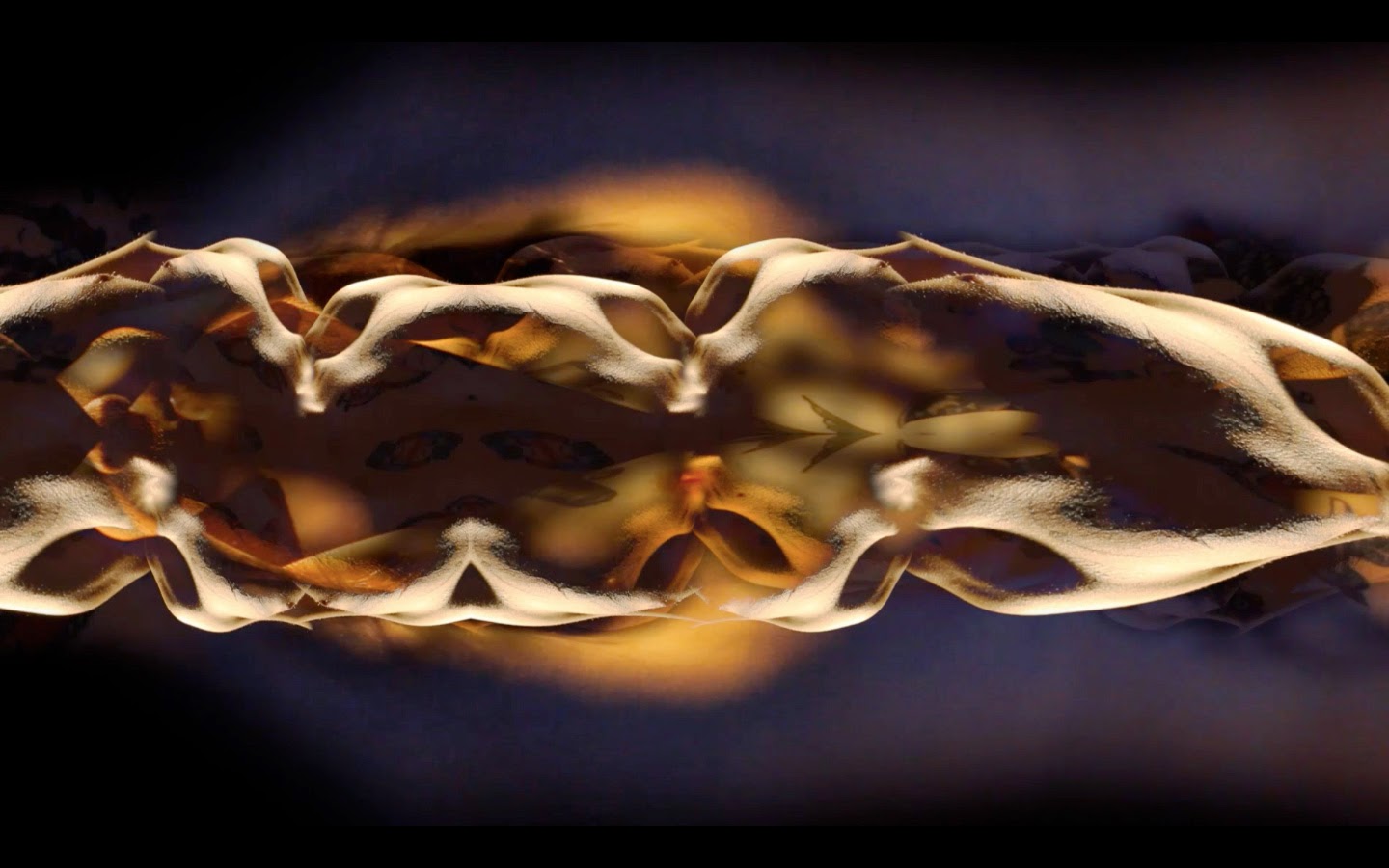 Mathias Vef also works with photography – as well as film – to explore myths from a psychological angle. He sees myths as common narratives, often unverifiable, but important elements of all cultures, especially subcultures. Furthermore, he sees them as both a form of collective unconscious within the (sub-)culture and as means of connecting (sub-)cultures with the mainstream. That is, he notes that stories of LGBTQI life do creep into straight culture, but that somehow they always remain mysterious and other, almost sacred or mystic. Vef is interested in what he terms ‘a contemporary, new or future mythology; myths in formation’. Transcendent narratives inspire his atmospheric work, as he speculates about ‘the aesthetics of mythology’, working out a personification of forces and archetypes. ‘Myths to me,’ he says, ‘are a kind of psycho-genetic bond throughout generations […] Maybe like Carl Jung who spoke of universal archetypes that are expressed in mythology.’ His video work, I Do Me, was inspired by body modification which he sees as a pure manifestation of the will, an embodiment of mythopeic thought. 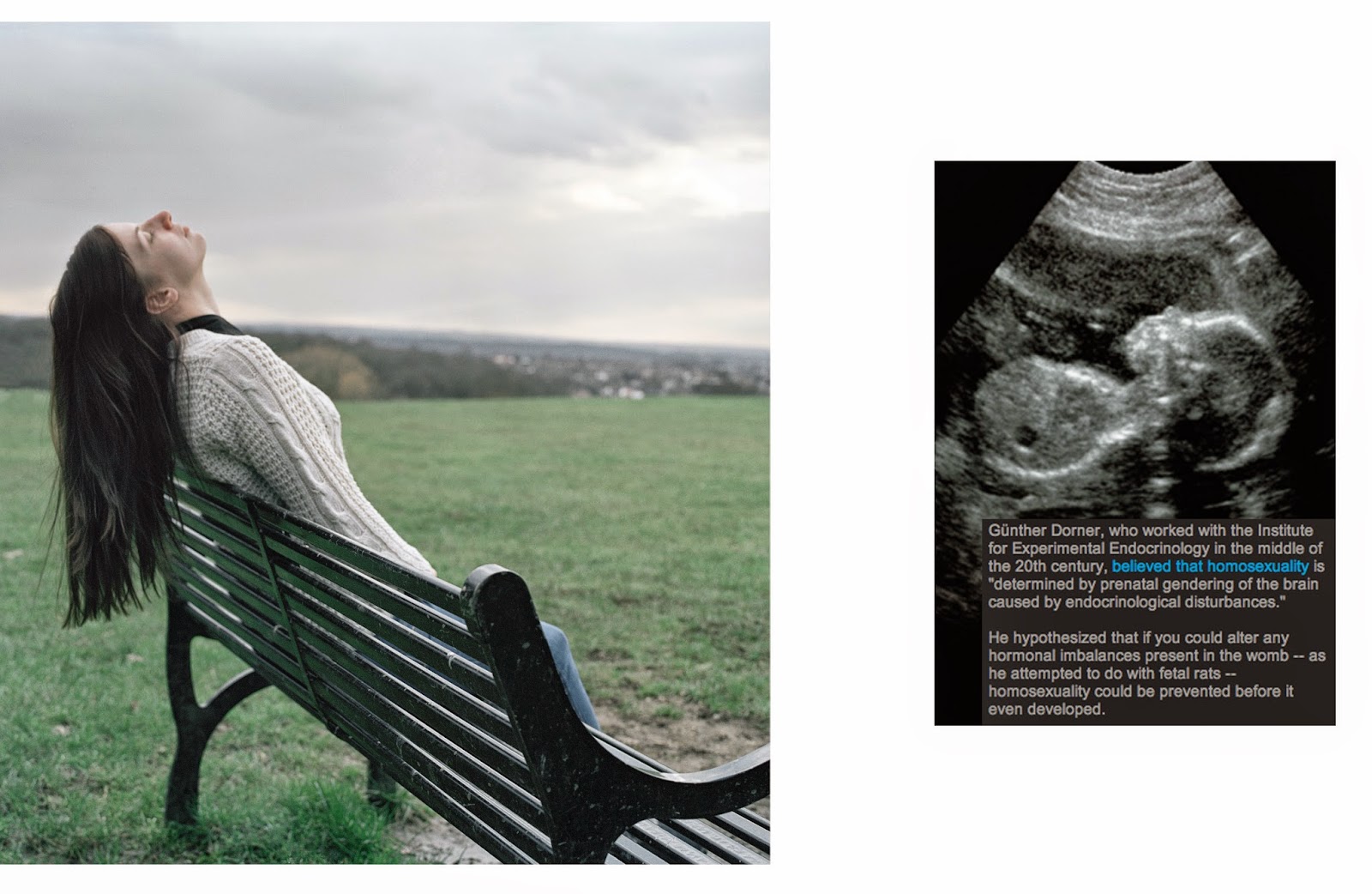 Jenny Welton’s series of work, Dark Paradise (2013), is also photographic and takes as its starting point the myth that homosexuality can be cured. Drawing upon personal experience, Welton surveys various claims of cure, past and present, actual and fictitious. Her surreal images are accompanied by newspaper and textbook cuttings and propaganda-style quotations. 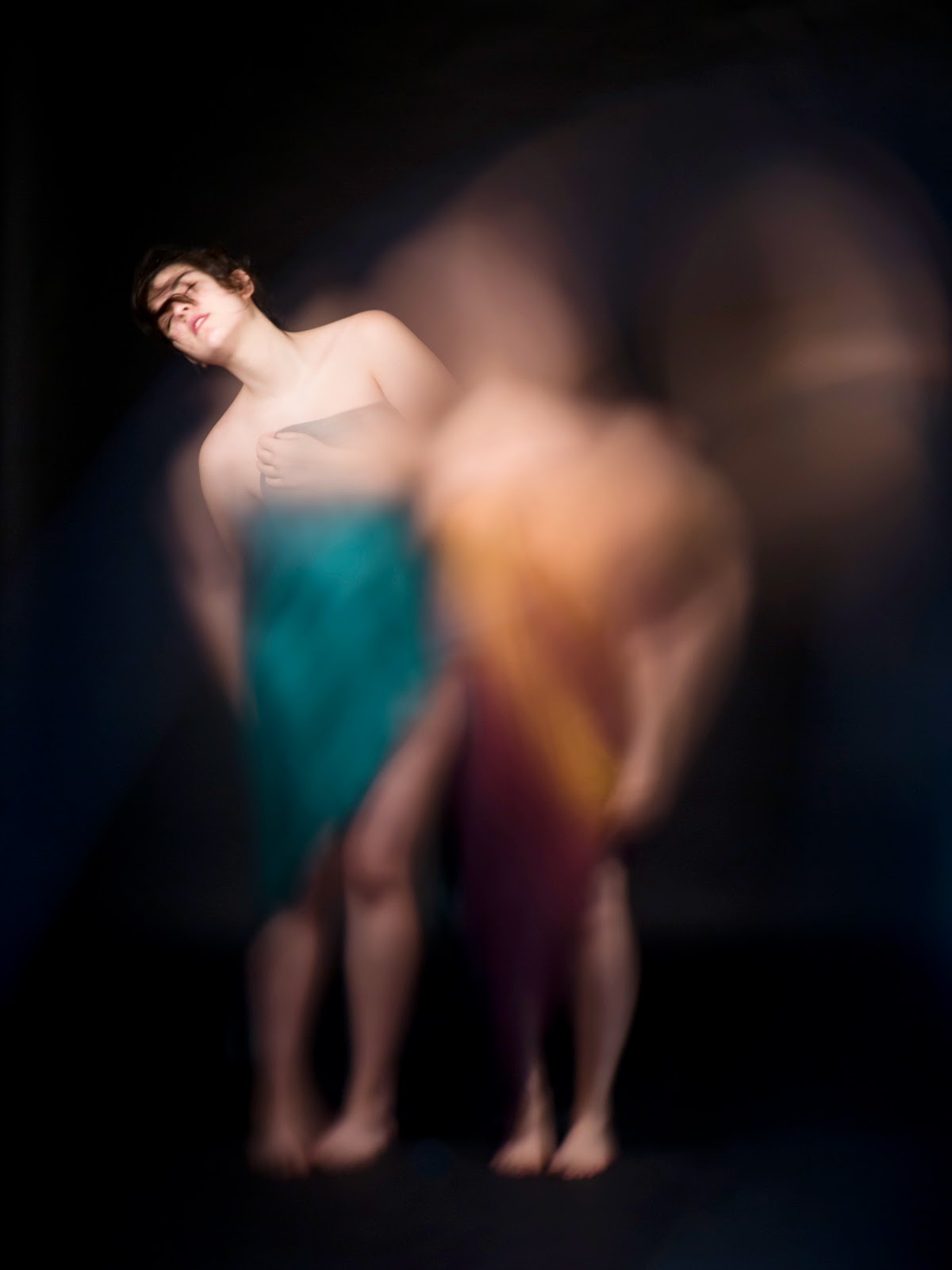 Gökhan Tanriover’s work brings a contemporary psychological take to the classical myth of Narcissus, using it as a starting point to explore issues of body image and dysmorphia. Radical myths about how we should look are proliferated by the media and are known to disproportionately affect the LGBTQI community. A former doctor and current photography student, Tanriover is fascinated by the motion and distortion that water can cause on subjects behind the lens. The technique he has used for this series incorporates water and glass to cause partial distortion of his subjects, reflecting the bias we have against our own bodies. The water and use of reflections on glass also recall the story of Narcissus, something with a personal element for Tanriover, who used to spend his summer holidays at his grandparent’s country house in Turkey, within walking distance of a small creek, said to be the body of water in which Narcissus drowned. 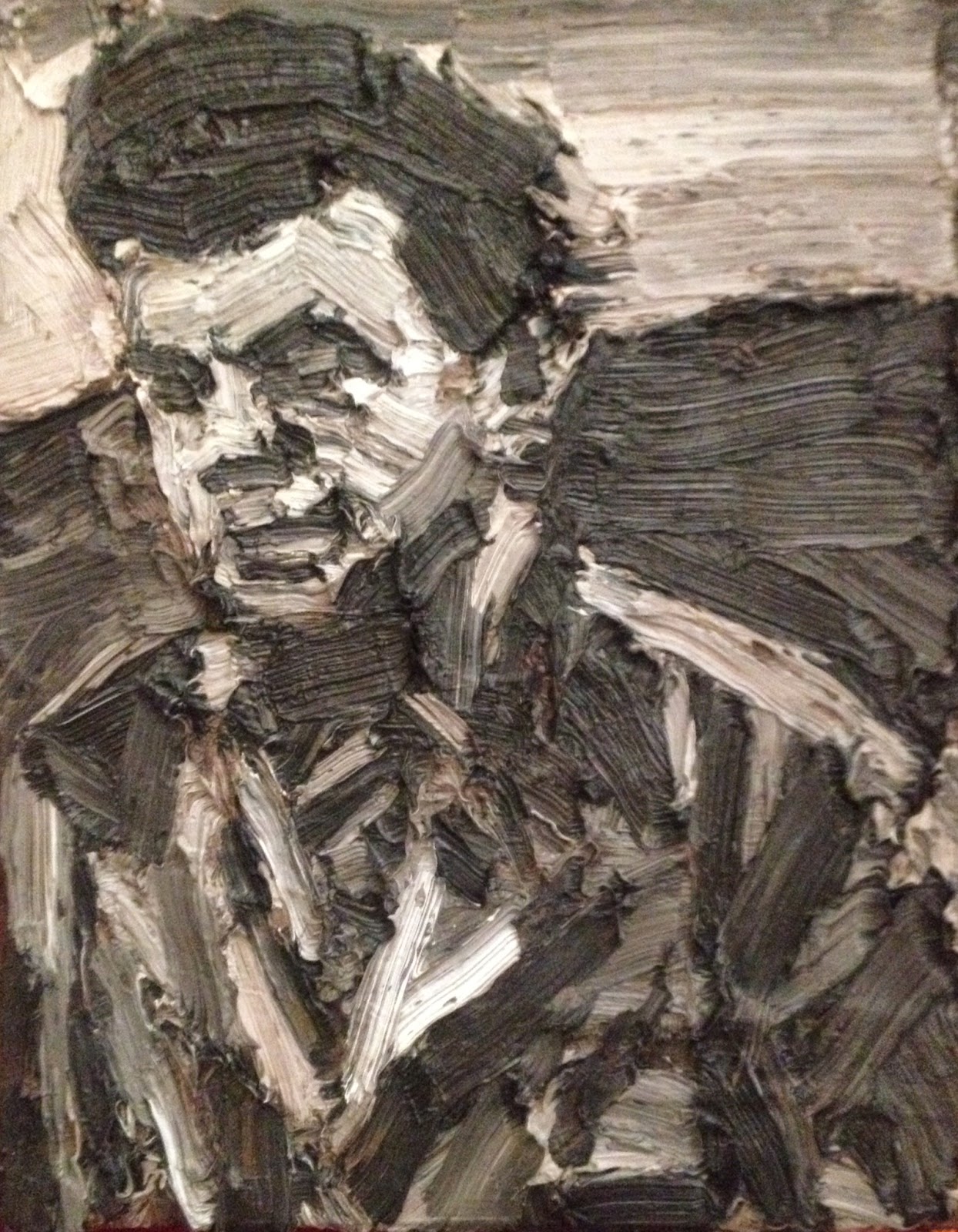 Finally, returning to the medium of paint, Enzo Marra creates texture by dragging away and building up pigment in his depictions of Francis Bacon, an artist whom he considers to have become a mythic figure and an embodiment of the concept of ‘gay artist’. Describing him as ‘larger than life’, one might wonder, is this icon a myth towards which Marra – and indeed the other artists at GFEST – aspire, or one from which they learn and move away? And how much verity can be attributed to this myth? How much of it is a skewed representation of a figurehead by outsider eyes, prejudiced and judgmental, putting people into boxes, just as Trinidade has highlighted? Echoing Marra’s own words, Morales concludes:

‘What makes someone mythic is not whether or not he lived, or lived well, but whether or not he was larger than life. Mythic heroes were – and are – outrageous and outstanding. They are phenomenal. They distil some collective ideal or fantasy.’[9]

As celebrators of LGBTQI identity and culture, all artists – and no doubt visitors – participating in GFEST certainly tick these boxes. If myth is a process, an evolving tale, let us come together now to change the future versions that are told.

All images © the artists
[some are unfinished details]