July 2011
Ellen Bell is an artist who works with images and text, carefully selecting, cutting out, pinning and pasting words from dictionaries, novels and plays in a most painstakingly precise manner. She is represented by Four Square Fine Arts, and her recent exhibition, held offsite at the Gallery, Redchurch Street, was entitled Camera Obscura and Other Stories (24 – 29 May 2011). Anna McNay met her for a chat. 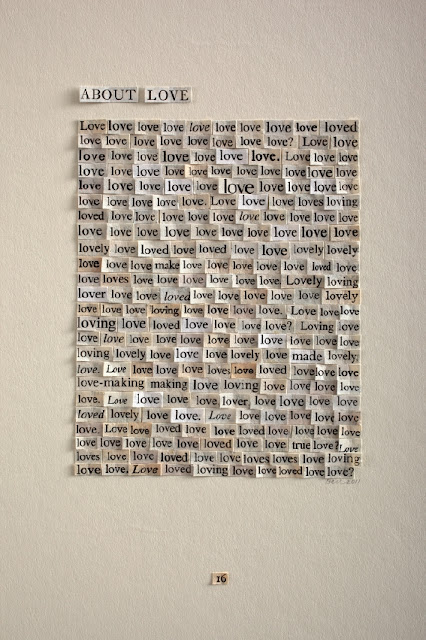